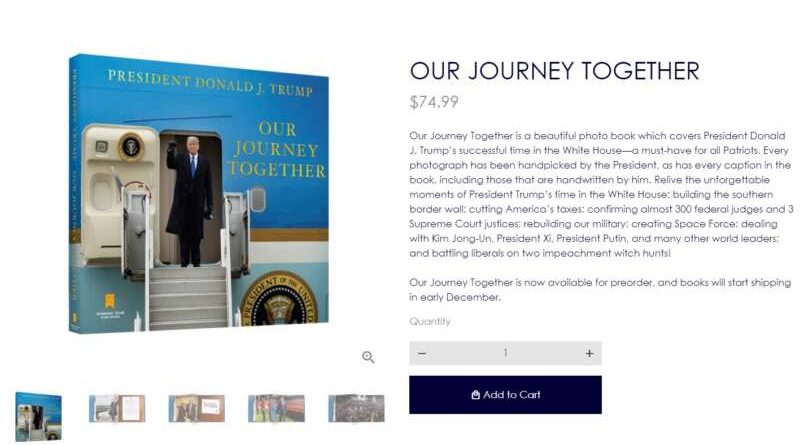 Former U.S. President Donald Trump will release his first book since leaving office as head of the U.S. administration called Our Journey Together.

“Our Journey Together is a collection of beautiful photographs taken during our very successful time in the White House,” Trump pointed out. “Every picture was hand-picked by me, and every caption was done by me, some of them in handwritten form,” he added. According to the former president, the photo book will include images taken during his visit to the wall on the border with Mexico, a project that was an important part of his campaign agenda and policies as president, during tax cuts, the creation of the Space Force, and during his impeachment proceedings, which ended with the exoneration of the Republican by the U.S. Congressional Senate. In addition, the book will include photos of Trump’s meetings with world leaders, with the former head of state listing only North Korean leader Kim Jong-un, Chinese President Xi Jinping and Russian President Vladimir Putin by name in his statement.

“These proud accomplishments stand in stark contrast to the destruction of our country that is happening right now,” Trump wrote, apparently referring to the policies of his running mate Joe Biden, who took over the presidency and whose policies Trump has consistently criticized.

A copy will cost $74.99. A copy signed by the author himself can also be ordered and will cost $229.99. Delivery of orders to customers will begin in early December.