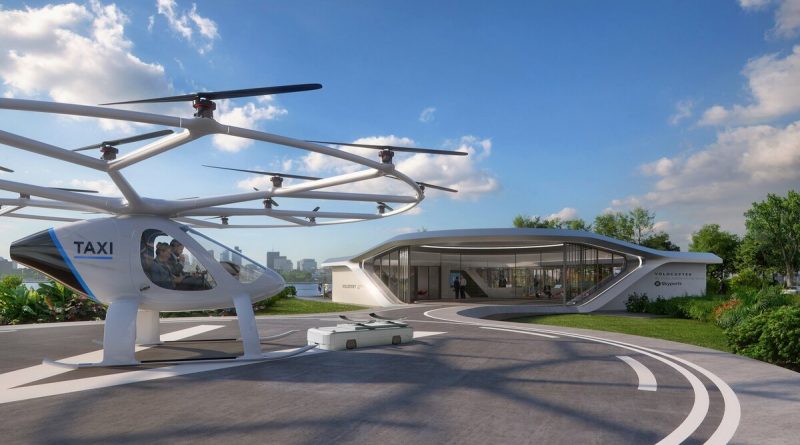 One of the world leaders in urban air transport, Volocopter (Germany) presented its two-seat multicopter Volocopter 2X in South Korea, which made its first manned flight at Kipho International Airport in Seoul.

The 2X flew nearly three kilometers in five minutes at a speed of about 50 kilometers per hour at an altitude of 50 meters. The flight took place as part of the “Open the Urban Sky” campaign conducted by South Korea’s Ministry of Land, Infrastructure and Transport, which is related to its aspiration to be among the world leaders in the use of urban air transport.

Volocopter’s integration into the Asian market began three years ago with the opening of a representative office in Singapore on the eve of its first test flight a year later. At the same time, Volocopter joined forces with Grab to identify the most promising routes that would connect the largest cities in Southeast Asia.

The Volocopter 2X’s next test flight is timed to coincide with the Korean Urban Air Traffic conference and is scheduled for Nov. 16.