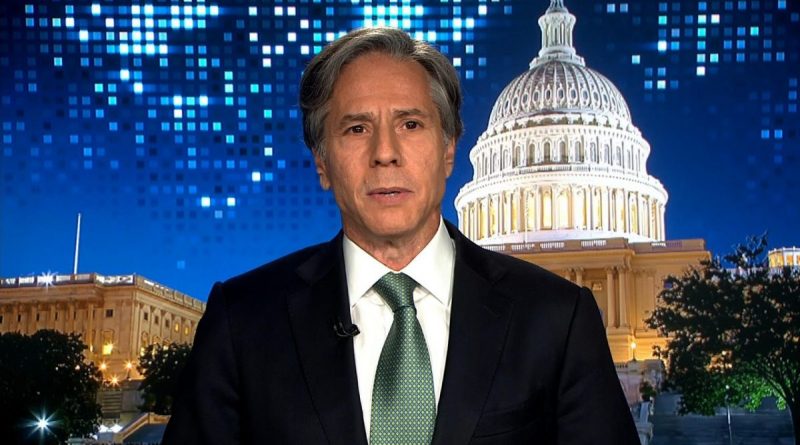 The U.S. intends to respond to Russia's anti-satellite weapon tests

Washington intends, together with its allies, to respond to the fact that Russia, according to the U.S. side, tested an anti-satellite missile. U.S. Secretary of State Anthony Blinken said in a statement released Monday.

On Nov. 15, 2021, Russian Federation recklessly conducted a devastating test of an anti-satellite missile with direct orbit against one of its satellites. According to U.S. Secretary of State Anthony Blinken’s version, it produced more than 1,500 pieces of debris that are “traceable.” According to Blinken, “hundreds of thousands of smaller orbiting fragments” are also likely to have originated.

The statement said that said space debris “will now threaten satellites and other spacecraft that are vital to the security, economy and scientific interests of all nations for decades to come.” “In addition, it will significantly increase the risk to astronauts and cosmonauts aboard the International Space Station and to other activities associated with manned spaceflight,” Blinken believes. – This test has irresponsibly endangered everyone who is trying to explore or exploit space for peaceful purposes.”

The events of Nov. 15, 2021, clearly show that Russia, despite its statements that it is against placing weapons in outer space, is willing to jeopardize long-term stability in space and, through reckless actions and irresponsible behavior, put the exploration and development of space by all nations at risk.

“The United States will work with its allies and partners to try to respond to this irresponsible move,” Blinken assured. – “We call on all responsible spacefaring nations to join us in the effort to develop norms of responsible behavior and to refrain from dangerous and irresponsible disruptive tests like the one Russia conducted.

Concerns about Russia’s actions in space have previously been expressed by some U.S. generals. In response to such statements, presidential spokesman Dmitry Peskov said that Moscow appreciates cooperation with Washington in space. He called American fears completely unfounded, stressing that Moscow advocates peace and cooperation.