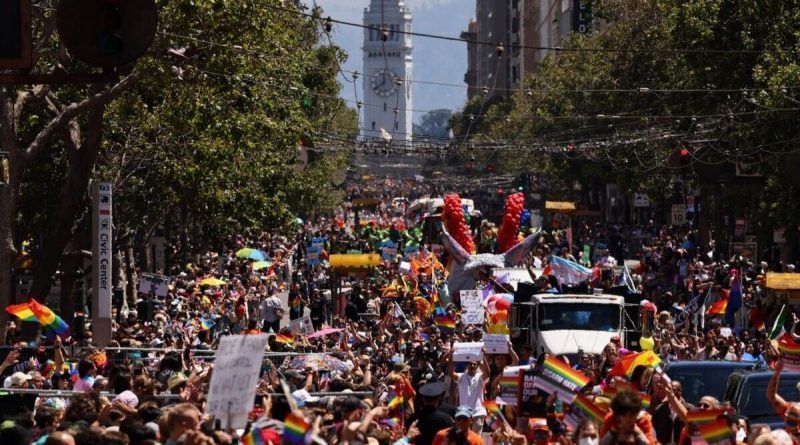 June 26 is traditionally LGBTQ Equality Day in the United States. Parades organized by LGBTQ communities across the U.S. this weekend provided a platform for expressing outrage over the Supreme Court’s decision to overturn constitutional abortion rights and anti-transgender legislation that has already been passed or is being considered in at least 20 states.

LGBTQ events in New York, Chicago, San Francisco, Seattle and Denver, came amid protests in some of those cities Friday as abortion rights supporters took to the streets to oppose the Supreme Court’s decision to overturn Roe v. Wade, the 1973 ruling that legalized abortion nationwide.

“Fighting abortion and fighting LGBTQ are the same thing. Both are designed to take away our right to control decisions about our own bodies and make it more dangerous for us to live as we are,” Sarah Kate Ellis, CEO of LGBTQ advocacy organization GLAAD, said in a statement.

Even before the Supreme Court ruled overturning the constitutional right to abortion, the LGBTQ community was confronted with a host of Republican-backed state laws targeting transgender people, especially young people.

These measures, enacted in several Republican states, prohibit discussion of gender identity in the classroom, block access to health care for teens who undergo gender reassignment, and restrict their participation in sports.