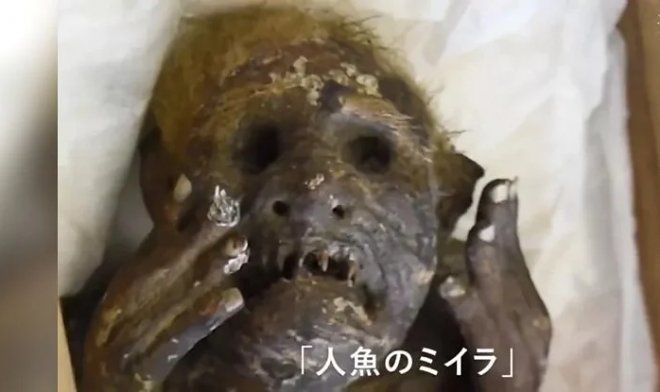 With the onset of the coronavirus pandemic, priests at a temple in Japan’s Okayama prefecture removed a local shrine, the mummy of an ancient “mermaid,” from a reliquary. According to legend, a woman named Yao Bikuni once ate a whole ninge – a fish with a human head, and gained supernatural health, which allowed her to live for 800 years. The mummy of the strange creature from Okayama has long been revered by priests as a health talisman and they wanted to channel its power against the covid, but had to give the artifact to scientists instead.

The origin of the mummy is murky – there is a theory that the mermaid was caught by a local fisherman sometime between 1736 and 1741. It was the pride of several wealthy families, and then somehow ended up in the temple, probably as an offering. For a long time the mummy served as a sacred relic, but eventually began to deteriorate, and for the last 40 years it has lain for safekeeping in a closed reliquary. 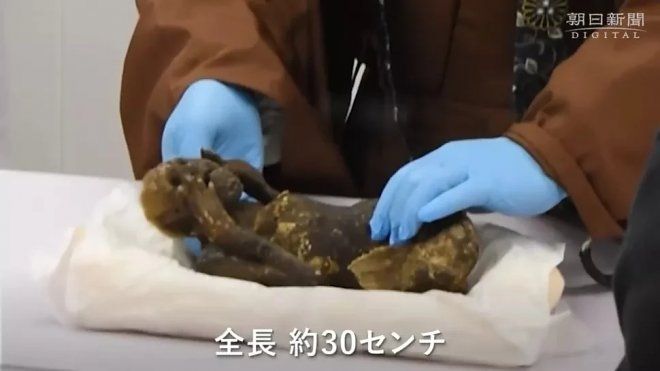 Hiroshi Kinoshita, a board member of the Okayama Folklore Preservation Society, arranged with priests to give the mummy to Kurashiki University of Science and Arts for study. There, they immediately recognized the forgery as a stuffed animal made of parts of the bodies of a monkey, a fish, and human hair and fingernails. Similar fakes are known from the Fiji Mermaid story of 1810, but scientists wondered which animals were used, so they took DNA samples and continue their research.

Journalists learned that similar mummies of “mermaids” are kept in several other temples and everywhere have the status of healing shrines. The priests do not deny that this is a man-made product, but since the mermaids themselves are of great importance to Japanese mythology, no one is against this “incarnation” of them.