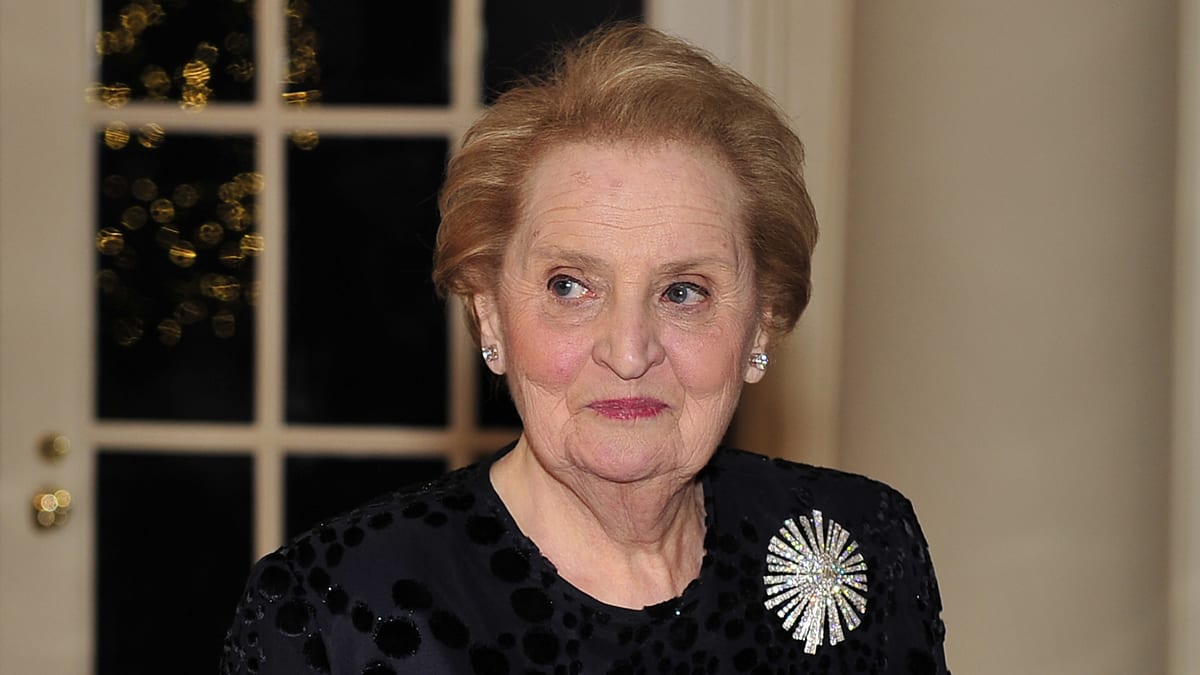 Former U.S. Secretary of State Madeleine Albright died at 85. This information was confirmed Wednesday at a briefing by Ned Price, head of the State Department press service. He said U.S. President Joe Biden and Secretary of State Anthony Blinken, who were aboard the plane en route to Europe, had been notified of Albright’s death.

Albright was the first woman to head the U.S. foreign policy department, serving from 1997 to 2001.

Madeleine Albright (full name Madeleine Corbel Albright) was born May 15, 1937 in Prague and was named Maria Jana Korbelova at birth. In 1949 her family sought political asylum in the United States, where Madeleine was granted American citizenship at age 20.

Albright began her political activity as an activist in the Democratic Party. In 1993, Bill Clinton, who won the presidential election, appointed her permanent representative of the USA to the UN and a member of his cabinet, where she proved herself as a firm and unyielding diplomat. Journalists subsequently dubbed her the “Iron Lady” (along the lines of British Prime Minister Margaret Thatcher).

Albright, a supporter of enhancing the U.S. role in NATO and expanding the alliance, first visited Russia on February 20-21, 1997. She sought to convince the Russian leadership that “NATO enlargement is something positive.” One result of these talks was the Founding Act, signed by the parties in May 1997. In it, Russia and NATO confirmed that they “do not regard each other as adversaries” and established “a mechanism for consultation, coordination and joint action. Despite objections from the Russian side, NATO’s first expansion since the collapse of the USSR took place in 1999.