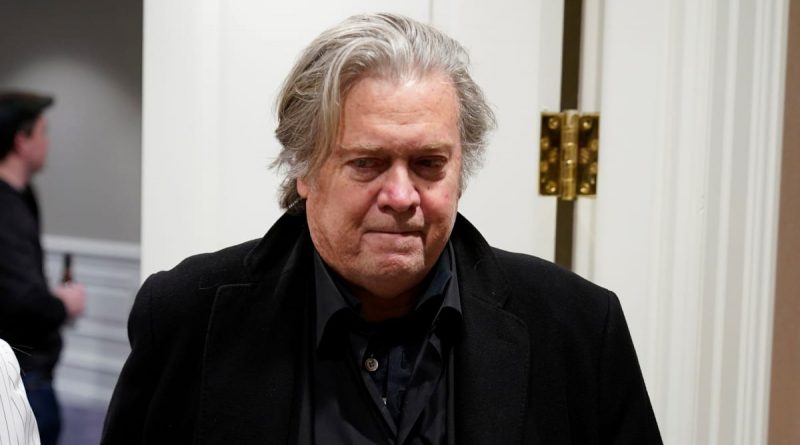 Donald Trump’s former aide Stephen Bannon, who had previously been charged with contempt of the U.S. Congress, turned himself in to authorities and was taken into custody. The Washington office of the Federal Bureau of Investigation (FBI) announced this on Monday.

“On November 15, Stephen Bannon surrendered to the Washington office of the FBI and was arrested,” the statement said. Later Monday, the court is expected to hold the first hearing in Bannon’s case.

The U.S. Justice Department said Friday that Bannon, a political consultant, had been indicted for failing to appear at a hearing before a lower house special committee investigating the January 6 storming of the Capitol and for refusing to provide documents requested of him. On each of the two charges, he could face 30 days to one year in jail and a fine of $100,000 to $1,000.

In October, the lower house of the U.S. legislature passed a resolution to hold Bannon in contempt of Congress after he refused to appear at a hearing. Failure to comply with lawmakers’ request to appear at a subpoena hearing is considered contempt of Congress in the United States and can be treated as a criminal offense in court. However, only the Department of Justice could decide whether to prosecute a former Trump aide.