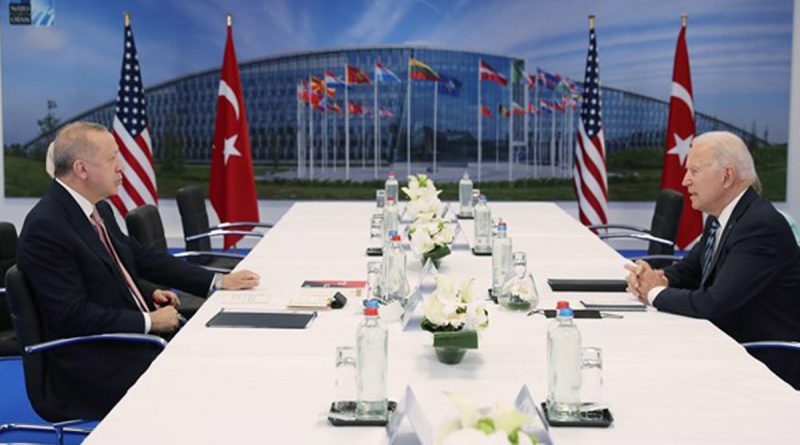 Turkish President Recep Tayyip Erdogan and U.S. President Joe Biden began talks on Sunday at the G20 summit in Rome. This was reported by the Turkish TV channel NTV, which showed live coverage of the leaders who, after a short greeting on camera, headed to the negotiation room.

The meeting is perceived in Turkey as an important step in resolving the existing differences between the sides, which include Ankara’s acquisition of military equipment. These issues and the situation in Syria and the region as a whole are the priorities of the leaders’ meeting.

The U.S., trying to put pressure on Turkey after it purchased S-400 surface-to-air missile systems from Russia, refused to supply the country with fifth-generation F-35 aircraft in 2019. Against the background of problems with getting the F-35, Ankara announced its desire to buy additional batches of F-16 fighters from Washington. However, there is a serious risk that the Congress can block such a deal because of the still existing disagreements between Washington and Ankara over the purchase of Russian SAM systems S-400 by Turkey.

In the middle of October Ismail Demir, the head of the Defense Industry Administration of Turkey, stated that the republic was still ready to consider the possibility of purchasing Russian Su-35 and Su-57 fighters if Ankara failed to come to terms with Washington over the supply of American fighters.