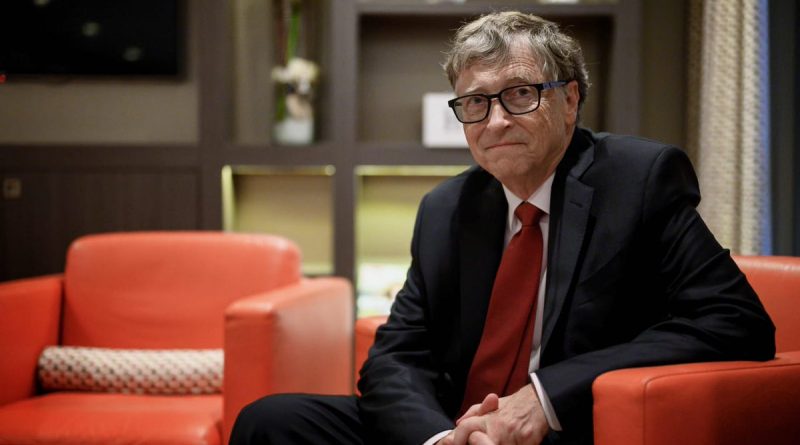 The charitable foundation led by Microsoft founder Bill Gates and his ex-wife Melinda announced Tuesday that it will provide up to $120 million to help the COVID-19 pills developed by U.S. drug company Merck & Co. reach low-income countries as quickly as possible.

The company recently submitted a request to the U.S. Department of Health and Human Services’ regulatory agency, the Food and Drug Administration, for approval of its coronavirus pills. The foundation, it said, intends to work with its partners to financially support efforts to develop and reproduce generic drugs for the drug.

“To end this pandemic, we need to ensure that everyone, everywhere in the world, has access to life-saving medicines,” Melinda Gates said in a statement released by the foundation. – The unjust reality is that low-income countries have to expect everything from personal protective equipment to vaccines. The foundation’s commitments, she pointed out, “ensure that more people in more states have access to a promising medicine. Melinda urged organizations and other governments to follow the foundation’s lead.

Merck & Co. on Oct. 11 asked the regulator for approval to use its emergency pills to treat COVID-19 in its mild to moderate course in adults who are at risk of developing the disease into a severe form. The approval process, experts say, could take several weeks.

The value of the drug, Dr. Nicholas Kartsonis, senior vice president of the company’s infectious disease unit, told reporters, is that it saves people from having to deal with infusion centers and all the associated factors. The pill will be able to be taken at home, which its creators assure us will not only facilitate a speedy cure for the dangerous disease, but will also relieve the burden on hospitals currently filled with critically ill patients.

Three weeks earlier, the company said that the use of its drug can reduce the risk of hospitalization of infected people by 50%. They cited the results of an interim study involving 775 people who became ill with COVID-19 in a mild to moderate form. Of those who took the drug, 7.3% were hospitalized within 29 days, compared with 14.1% of participants in the control group. Moreover, among the latter eight patients died. No deaths were registered in the first group.