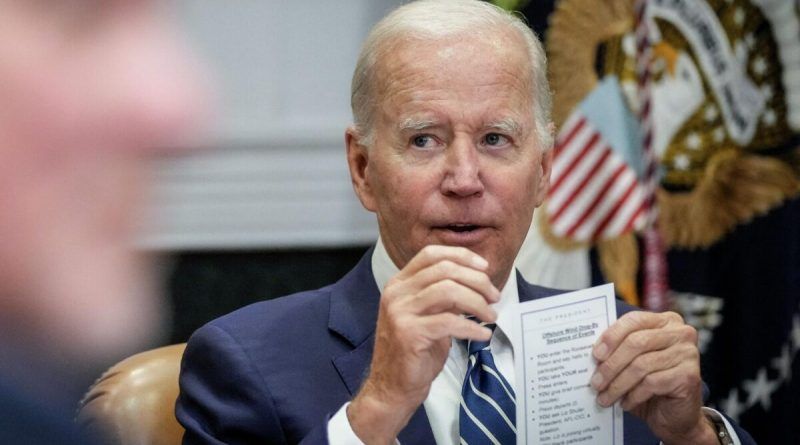 U.S. President Joe Biden inadvertently showed on camera an instruction manual he had written specifically for him, which spelled out the sequence in which to act at the event.

On Thursday, during a meeting with representatives of the wind energy industry, Biden picked up a cheat sheet that his office staff had prepared for him. The journalists at the White House managed to photograph and videotape what was written on the cheat sheet. The cheat sheet, titled “Sequence of actions at the meeting on offshore wind energy”, begins with a recommendation for Biden to enter the White House conference room, the Roosevelt Room, and welcome meeting participants.

The U.S. leader then had to “take his seat,” and after the media personnel entered the room, Biden was to make brief statements, but for no more than two minutes. Then the president had to ask a question to the president of the American Federation of Labor-Congress of Industrial Unions, Liz Schuler, and at the very end he had to thank the meeting participants and leave the hall.