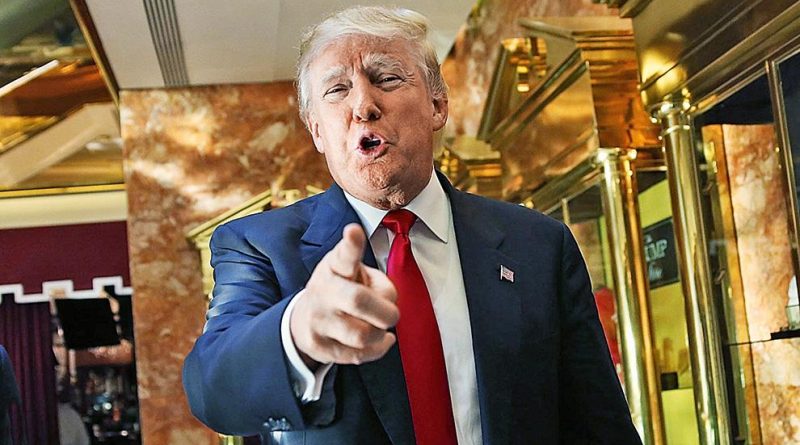 Why is Trump suing social media?

Former U.S. President Donald Trump did not put up with the blocking of his own accounts on the largest social networks and sued Facebook, Twitter and Google, as well as their leaders. The politician is convinced that the IT giants violated his right to free speech. What is Trump’s goal and how might this lawsuit affect online services?

Former U.S. President Donald Trump decided to continue his war with the largest IT companies in court, reports CNBC. He filed lawsuits against Facebook, Twitter and Google and their executives, Mark Zuckerberg, Jack Dorsey and Sundar Pichai, respectively.
Video of the Day.

Trump’s claim is that the companies allegedly violated the First Amendment of the U.S. Constitution, which guarantees free speech. The former head of state believes his rights were violated when a number of social media platforms blocked his accounts earlier this year. Administrations of the platforms argued their decision that the politician’s posts provoked violence and incited hatred among Americans. YouTube, owned by Google, blocked Trump’s account in February for an “indefinite period.”

Twitter went even harsher, banning the politician from using the service for life. Facebook approved a ban on the former president’s profile until at least January 2023.

However, Donald Trump does not intend to refuse to communicate with potential voters and plans to recognize the actions of social networks as illegal through the courts.

The suit seeks to unblock the plaintiff’s accounts as well as declare Section 230 of the U.S. Communications Ethics Act unconstitutional. That section protects social media owners from liability for content posted by their users. It states that the owner of an Internet service cannot be considered the author or independent source of information provided by a third party. During his presidential term, Trump has repeatedly tried to get Section 230 repealed, but his efforts have been unsuccessful.

A number of lawyers have already expressed doubts that the former president can win his case against the IT giants.

“This lawsuit has virtually no chance,” Vanderbilt University law professor Brian Fitzpatrick said in a commentary for CNBC.
The defendant tech-platforms are private companies, not government agencies, so the plaintiff’s claim of a violation of the First Amendment to the Constitution has no merit, the expert added.

“I’m sure it’s just a marketing ploy. And frankly, I wouldn’t be surprised if the whole thing ended up with sanctions against the lawyers who allowed themselves to file such a useless lawsuit,” Fitzpatrick said.