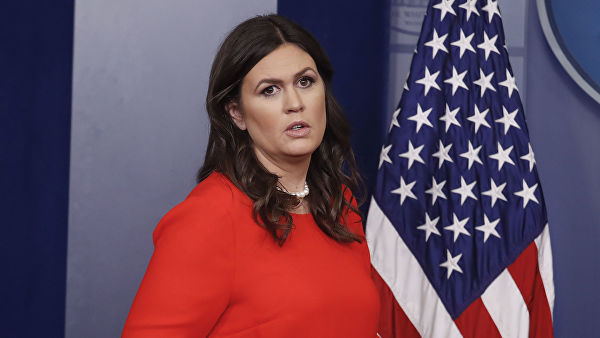 US President Donald Trump said that White House press secretary Sarah Sanders will step down at the end of the month, he also expressed the hope that Sanders will run for Governor of Arkansas.

“After 3 1/2 years, our wonderful Sarah Huckabee Sanders will be leaving the White House at the end of the month and going home to the Great State of Arkansas….She is a very special person with extraordinary talents, who has done an incredible job! I hope she decides to run for Governor of Arkansas – she would be fantastic. Sarah, thank you for a job well done!”, Trump tweeted.