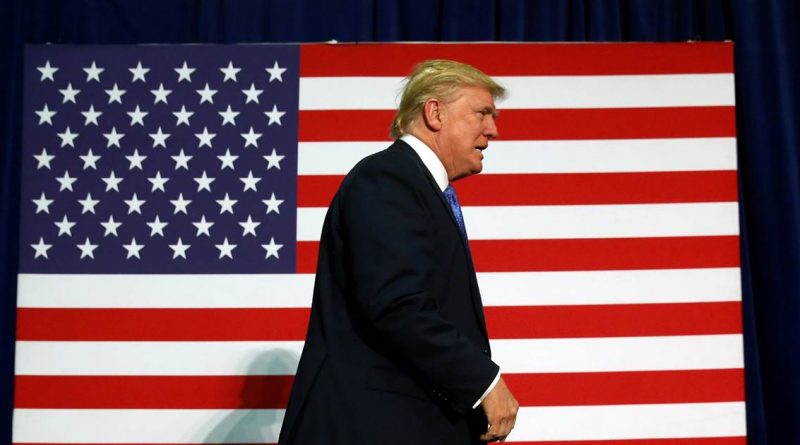 On June 14, 2021, former US President Donald Trump will celebrate his 75th birthday. Less than six months ago, on January 7, the Republican admitted his defeat in the presidential race: Democrat Joe Biden did not allow him to go to a second term. Since then, the former leader of America slowly began to disappear from the radar. Now he declares himself extremely rarely and not as loudly as before. What is one of the most notorious politicians of our time doing today, does he plan to return to try to ” Make America great again”

Trump waved to the White House on January 20, 2021, and since then has distanced himself from the public, writes the publication People. According to him, the former US president left for his residence Mar-a-Lago, which is on Palm Beach in Florida. There, as journalists noted, he leads the lifestyle of “a typical rich retired grandfather from South Florida.” According to CNN, Trump spends time playing golf, dining and meeting with fellow party members, and also breeds rumors about his alleged imminent return to big politics.

Meanwhile, Trump’s 51-year-old wife, former First Lady Melania, has moved even further away from publicity than her husband. Media sources say that she has become ” secretive, and she likes to be off the radar.” Prior to this, a representative of Melania said that she “has a good time at Mar-a-Lago, where she devotes herself entirely to motherhood and family, while working on some other projects.”

Facebook Instagram, Twitter, and other powerful mouthpieces of the information power were taken away from him, and Trump left the race for a seat in the White House virtually disarmed. These network colossi permanently banned Trump for some very ambiguous rhetoric and fakes. Therefore, recently, he occasionally communicates only with friendly media or sends press releases directly to the mail of fellow citizens, trying to convey through them his inimitable style, vividly reflected in the tweets.

– To be honest, the press is more elegant than tweets. Printing is easier to convey the idea, but tweets can add problems, ” Trump said in an interview with NewsMax, adding that press releases are the future.

In April of this year, Trump opened a blog on his website, which, according to a representative of the former head of the White House, was supposed to become a platform for communication between the politician and his associates. However, the web page of Trump did not “shoot”, and in May it became known that it was closed permanently. An aide to the former president, Jason Miller, commenting on the imminent death of the blog, pointed out that it was not a full-fledged social network, but simply an auxiliary tool to “the broader efforts that the Trump team is making.” Later, Miller clarified that we are talking about a certain “forerunner of another social network”, and urged to wait for updates.

In June and July, according to media reports, Trump plans to continue organizing meetings with associates. Where exactly and for what, representatives of the former head of the White House have not yet specified. According to press reports, the fees are designed to rally Trump’s political entourage and prepare him for the midterm elections (in November 2022, in the middle of Biden’s term of office, elections to the US Congress, the House of Representatives, etc.are planned — approx. “VM”). It is assumed that this will increase the chances of the former head of state to run for president of America again.

When Trump left the Oval Office, he left the intrigue: “We’re not going anywhere.” According to the April and May polls, most Americans do not want Trump to return, but he still has a chance. An anonymous source of NBC News expressed the opinion that Trump will have to turn his rhetoric 180 degrees, because of which he lost a lot of supporters at the time.

— He could win the primary election just by his name alone, but the question is how to attract those who are a little bit sympathetic to the Republicans and neutrals, “said the source, who wished to remain incognito,”not wanting to incur the wrath of Trump.”

Among other things, according to The New York Times, Trump “told a certain circle of people that he expects to be reinstated as president by August.” Within the framework of American law, this is not feasible, unless the former US leader is planning a coup, writes Vanity Fair. Nevertheless, according to Business Insider, conspiracy theories are spreading among Trump fans and conservative media, according to which he may actually return as early as the end of the summer of 2021.

However, experts believe that the chances of Trump returning to the management of the States are less, the more problems he has with the law. Over the past four years, the former president has been involved in about 30 civil and criminal cases, writes the NYT. According to the newspaper, these cases are related to the election campaign of the former head of the White House, taxes and his business.

Despite the huge number of scandals with Trump, including accusations of harassment, spreading false information (especially in light of the high-profile events around the situation with the Capitol-approx. “VM”), the former US leader has so far managed to get away with it. Experts believe that investigations into Trump will not lead to completely unpleasant consequences for him, but they can definitely undermine his business activities and, more importantly, do not cause confidence in his person. The latter factor may be key when it comes to a politician’s desire to return to the White House.