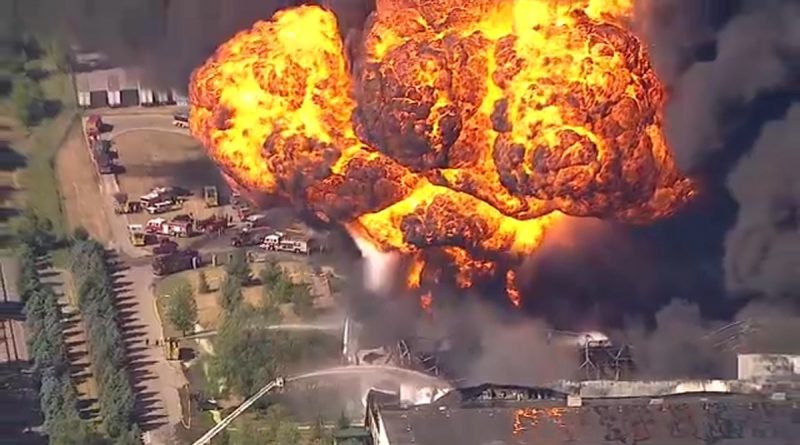 In the state of Illinois, the chemical plant Chemtool caught fire

The Chemtool chemical plant caught fire in the US Brockton (Illinois), the fire service ordered the evacuation of all residents and businesses within a one-mile radius of the plant, according to a statement from local police.

According to NBC News, the fire broke out on Monday morning, its cause has not yet been established.

It is noted that it was decided to refuse to extinguish the fire with water. As Roxton Fire Chief Kirk Wilson explained, using water to fight the blaze threatens to lead to dangerous runoff into the Rock River, a tributary of the Mississippi River.

Local officials have expressed concern about the risk of spreading chemicals such as sulfuric acid, nitrogen and lead. Winnebago County Health Department Administrator Sandra Martell urged the public to wear masks outside.