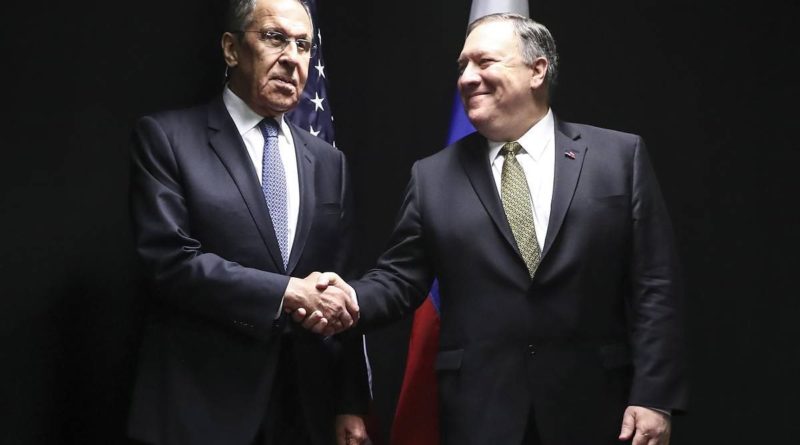 Secretary of State Mike Pompeo said the United States is ready to work with Russia to resolve the situation in Libya. He said this following a meeting on Tuesday with Russian Foreign Minister Sergey Lavrov.

“we want to work with the Russians,” Pompeo said during a press conference in Washington on Wednesday, answering journalists’ questions about possible cooperation with Moscow on Libya. He added that both sides have recognized that there is no other way to resolve the military conflict in the country, except as a political settlement.

“There is a deep recognition that a political resolution is the only way to take the level of violence down and create security for the people of Libya. There’s no military solution to this … Foreign Minister Lavrov told me directly yesterday he is prepared to be part of that, to continue it,” Pompeo emphasized. The head of the American Foreign Ministry added that his European colleagues support the same point of view.

After the overthrow and assassination of Libyan leader Muammar Gaddafi in 2011, Libya effectively ceased to function as a single state. Now in the country there is a dual power. In the East, the people’s elected Parliament sits, and in the West, in the capital Tripoli, the government of national accord, led by Fayez Sarraj (formed with the support of the United Nations and the European Union, rules). The authorities of the Eastern part of the country operate independently of Tripoli and cooperate with the Libyan national army led by Marshal Khalifa Haftar, who has not stopped trying to occupy Tripoli since April this year.