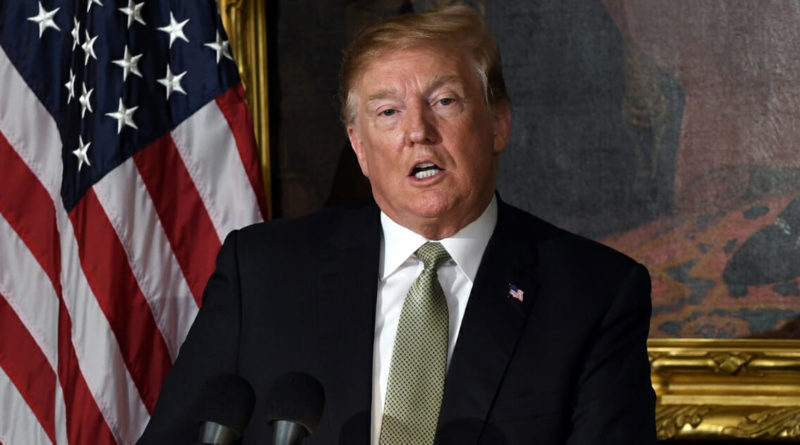 US And Finland Strengthen Bilateral Cooperation In The Energy Sector

The United States and Finland intend to develop cooperation in the field of energy, security, telecommunications technology, the development of the Arctic and stand for effective international arms control, according to a joint statement by the the Presidents of the two countries Donald Trump and Sauli Niinistö.

Trump and Niinistö held talks at the White House on Wednesday.

“Energy security and diversification of energy sources underpin Transatlantic and European security and our economies. The United States and Finland will cooperate to strengthen energy markets and develop infrastructure in the pursuit of these goals, as well as collaborate on clean and efficient energy technologies. One core aim is to reduce dependence on any single energy source,” said in a statement.

The presidents also announced that they would strengthen cooperation in the defense sector, including increasing protection against cyber and hybrid threats. At the same time, the United States and Finland reiterated their support for “effective international arms control that meets 21st century security challenges.”

Regarding the development and activities in the Arctic, leaders draw attention to the fact that this primarily concerns countries with access to this region.

“Arctic governance, guided by applicable international law, is the responsibility of Arctic nations, particularly through the Arctic Council.”

At a joint press conference with Niinistö on Wednesday, Trump said the United States would not allow interference in Arctic affairs countries outside the region. Earlier, the US expressed concern about China’s attempts to participate in the development of the region.

Another reference to China is contained in the paragraph on cooperation in the field of the latest 5G and 6G technologies. The United States has consistently expressed concern about the plans of Chinese companies to develop such networks and urge partners in Europe to refuse to cooperate with them, citing the fact that such networks will be used by PRC special services to steal important information.

“Acknowledging the importance and transformational power of these technologies, especially telecommunications, we will work together to ensure that they are developed and deployed to be a force for good. We will effectively address the security challenges stemming from them by using only technology providers, components, and supply chains that are reliable and trustworthy.”