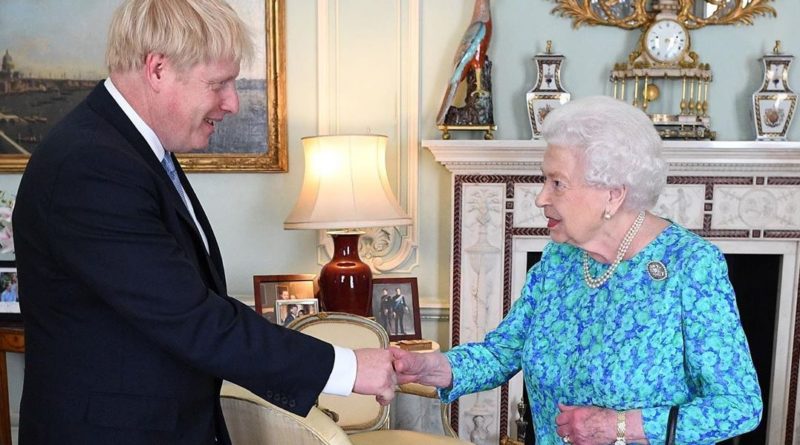 The British government asked the Queen to suspend the work of parliament. This can happen just a few days after the deputies return from vacation, and a few weeks before the country leaves the European Union.

In this case, the Queen’s speech, which outlines the government’s plans, will be postponed to October 14, Prime Minister Boris Johnson said.

This means that members of Parliament will have almost no time to pass any laws that could prevent the Prime Minister to withdraw Britain from the European Union without an agreement on October 31.

According to BBC political editor Laura Kuenssberg, such a move could cause a serious political crisis, because, according to the deputies, this would deprive them of the opportunity to fully participate in the Brexit process.

Johnson said he didn’t want to wait for Brexit “to take this country forward” and argues that MPs will have “enough time” to discuss the terms of Britain’s exit from the EU. Boris Johnson has previously stated that he would like Britain to leave the EU with an agreement, but if there is no-deal, the country will leave the EU anyway on October 31.

This position prompted a number of opposition MPs to unite in an attempt to thwart Boris Johnson’s plans and block a possible “Hard Brexit” using the parliamentary process.

Labour deputy leader Tom Watson tweeted that “this action is an utterly scandalous affront to our democracy”.

Scotland’s First Minister Nicola Sturgeon said MPs must stop the government or “today will go down in history as a dark one indeed for UK democracy.”

Theoretically, the Prime Minister can achieve the suspension of the parliament — in this matter, the deputies do not have the right to vote, and the Queen takes the decision at the request of the head of government.