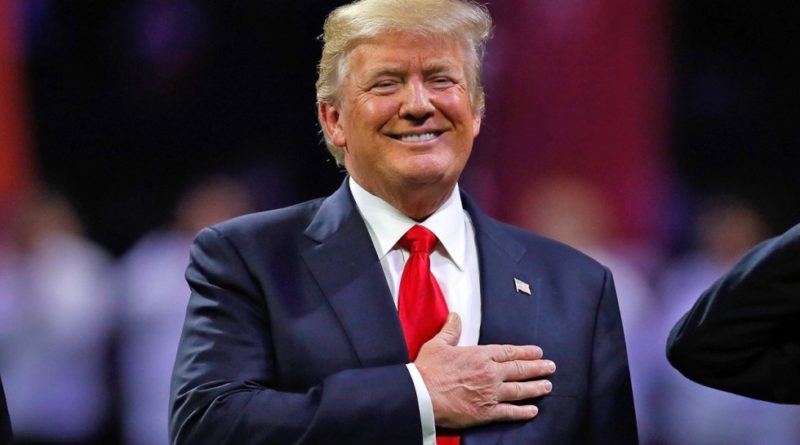 Trump Calls His Opponents In The Presidential Election "Three Stooges"

U.S. President Donald Trump criticized his opponents in the Republican primary before the 2020 presidential election.

Former South Carolina Governor Mark Sanford on Sunday became the third Republican candidate to announce his intention to compete with Trump for the presidency. The former Governor of Massachusetts Bill Weld was the first to express such an intention in February this year, and the former Republican Congressman Joe Walsh was the second in August.

“Now take heart, he (Sanford – ed.) is back, and running for President of the United States. The Three Stooges (Sanford, Weld, Walsh, a reference to the American trio of vaudeville artists of the 20th century – eds.), all badly failed candidates, will give it a go!” Trump wrote on Twitter.

The current US presidents only occasionally face opposition in their own party when trying to be re-elected for a second term, although this is not an out of the ordinary event. The last time such a thing happened in 1992, when Pat Buchanan unsuccessfully tried to win the Republican nomination by bypassing incumbent President George H. W. Bush. Bush easily defeated Buchanan in the primary, but lost the election to Democrat Bill Clinton.

Currently, the fight for the nomination of a single candidate from the Democratic party continues about 20 people, the leader among whom for several months remains former vice president Joe Biden. If the situation does not change following the results of the preliminary party elections, which will be held in February-June 2020, then Biden will be the opponents of the incumbent Republican President Donald Trump.

The US presidential election will be held on November 3, 2020.