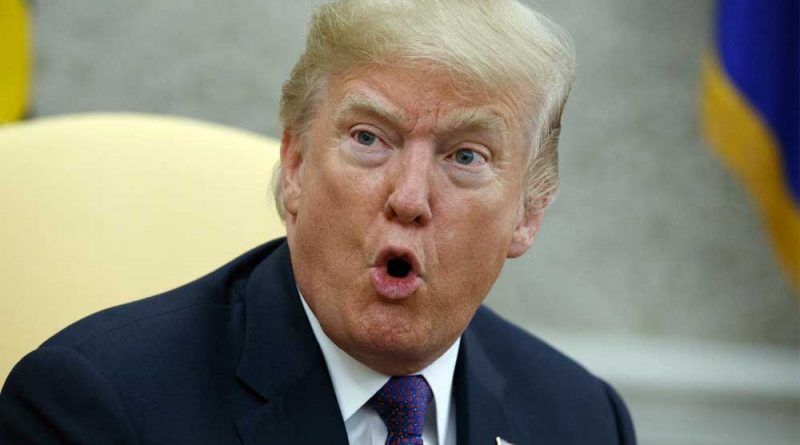 U.S. Justice Department sees no reason to reinstate Trump in his post

Former President Donald Trump’s statements about the possibility of reinstatement in the White House could provoke even more political violence from his supporters. There are no legal or constitutional mechanisms for this, the U.S. Department of Justice said in a statement.

“Former President Trump continues to make false claims about the election, hinting that he could be reinstated as president in the near future without a new election, and minimizing the violent attack on the Capitol,” CNN quoted him as saying.

It was noted, however, that television networks continue to spread these claims and some actually trust the false reports. Trump and some of his right-wing allies have floated the ridiculous theory that he could be reinstated as president next month. The former president’s claims of a “stolen” 2020 election have been completely debunked.

This week, federal prosecutors linked Trump’s rhetoric to one of the U.S. Capitol riot cases. For example, Marine veteran Alex Harkrader asked a judge to stop his GPS tracking and remove his electronic bracelet from his leg. The Justice Department objected to the request, saying that the former president’s position could inspire “rebel” violence in the future. Harcrider has not pleaded guilty.

The Department of Homeland Security has issued a warning that Trump’s “fantasies” about “reconstruction” could lead to more right-wing extremist violence this summer.

In a late June interview with Just the News, Trump did not rule out that he might return to the presidency soon if the 2020 election is found to have been rigged. “If the election was rigged, people will have to make their own decision. It won’t be up to me. It will be up to the public. It will be up to the politicians when hundreds of thousands of stolen votes are found. We have to watch what happens,” said the former president, assessing the likelihood of his reinstatement.