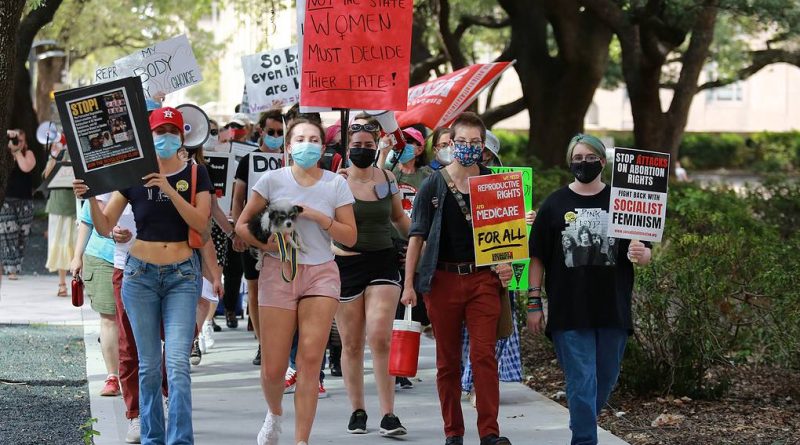 The U.S. Justice Department has filed a petition with the court for a temporary ban on the implementation of the abortion law recently enacted in the state of Texas. This was reported by CNN on Wednesday.

“The United States is asking for a temporary restraining order or preliminary injunction against the abortion law. Such action is necessary to protect the constitutional rights of women in Texas and to protect the sovereign interests of the United States, which is to uphold the provisions of the State Constitution,” according to court documents filed by the Justice Department.

As ABC television points out, it is unclear at this point when a judge will rule on the request. On Sept. 10, U.S. Attorney General Merrick Garland announced that the Justice Department had filed a lawsuit seeking to overturn Texas’ earlier abortion law, considered one of the strictest in the country.

The law took effect in Texas in early September. It prohibits most abortions after six weeks of pregnancy, when the fetal heartbeat usually begins to be heard. It also applies to those situations in which conception is the result of rape or incest. In addition, the law allows everyone to sue those who violate these rules. Plaintiffs are expected to be paid at least $10,000 if they are successful in court.

Abolition or suspension of the law has previously been sought by U.S. abortion rights organizations. Human rights activists insisted that the entry into force of the law in Texas would lead to the fact that similar rules may be introduced in many other states where Republicans are in power. The plaintiffs emphasized that the rules in question would effectively mean an almost total ban on abortion. Garland also stated this.

On Sept. 2, the U.S. Supreme Court refused to stay the law in question. Four Supreme Court justices were in favor and five opposed. The latter noted that the plaintiffs had failed to justify their position from a procedural point of view. The US Supreme Court has not yet reached any conclusions as to the constitutionality of the law. The ruling also does not prevent further attempts to challenge any of the law’s provisions in state courts.