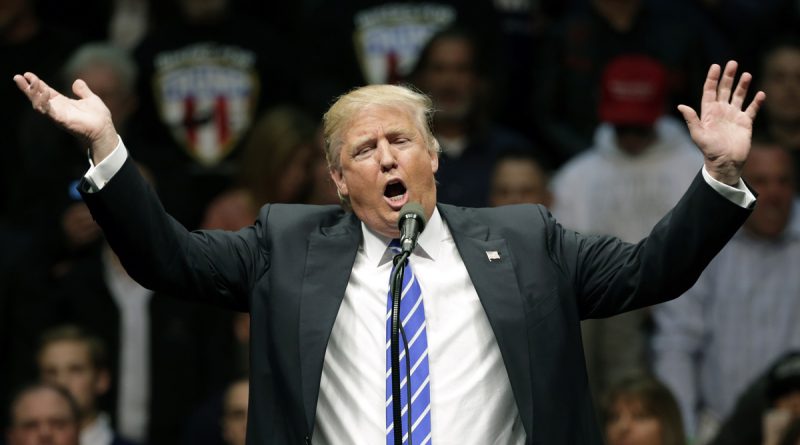 Trump will speak publicly after a long break

Former US President Donald Trump will speak at the Republican convention in North Carolina. This will be his second public appearance since his supporters stormed the Capitol on January 6.

For the last six months, blocked by social networks, Trump preferred to publish text statements on a specially created site for this purpose. He gave several interviews, mostly to Fox, and one to his daughter-in-law for a YouTube show.

His first public appearance since January 6 was at the Conservative CPAC political conference in early March. There, Trump spoke about his intention to fight for the presidency in 2024.

Less than a month has passed since his loud statement that the United States is turning into a “socialist nightmare” because of the victory of the Democrats in the presidential election. He does not agree with the results of the vote and on this occasion calls for “never give up”. In the US media, meanwhile, there were reports that the ex-president is going to resume rallies of his supporters no later than in June.

The Republican Party, as its functionaries reported, is launching a campaign to restore its influence in parliament, so it is happy to welcome Trump to the congress. The former president is expected to speak at the dinner.

While journalists practice producing conspiratorial theories, such as the one that Trump expects to be “reinstated” as president by August, he criticizes opponents in written statements. In particular, he was offended by Facebook’s decision to block him on the company’s platforms for two years, immediately mentioning that the presidential election was rigged. However, some time after the appearance of the” theory ” about Trump’s expectations for restoration to the post of president, this message was refuted by the politician’s entourage.

The reason for blocking Trump in social networks was the defeat of the US Capitol. A group of his supporters broke into the parliament building on January 6, more than 140 people were injured and five were killed. Authorities are investigating more than 170 cases in connection with the incident.

Trump was impeached in the Democratic-controlled House of Representatives, but the Senate, where only half of the Democrats, Trump was acquitted of insufficient votes.

Scandals with the departure of Trump from office do not subside. Leading media outlets report that the US Department of Justice under the last administration received data on telephone conversations of their correspondents. The prosecutor in the criminal investigation into Trump has convened a jury to decide whether to charge him.

Meanwhile, rumors about presidential ambitions are fueled by another prominent Republican functionary, former US Vice President Mike Pence. In a speech at a party event in New Hampshire last Thursday, he did not hint at a possible nomination, but urged Republicans to rally around a conservative agenda.

New Hampshire is one of the first states to hold primaries in the United States, so potential candidates start speaking there long before the election season begins.

Pence emphasizes the differences in his and Trump’s interpretations of what happened on January 6 and the likelihood that their opinions on this issue will never coincide.