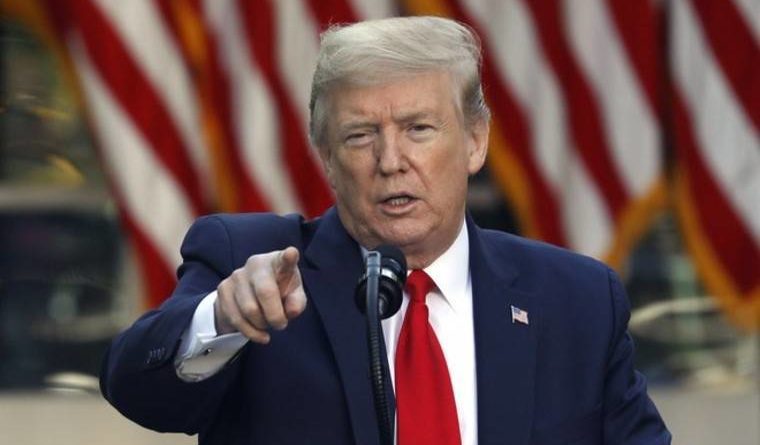 Trump did not specify what kind of scandal he was talking about.

«If I were a Senator or Congressman, the first person I would call to testify about the biggest political crime and scandal in the history of the USA, by FAR, is former President Obama. He knew EVERYTHING. Do it @LindseyGrahamSC, just do it,» Trump wrote in a tweet on Thursday.

The us President has repeatedly accused the Obama administration of actually launching an illegal investigation against him in late 2016 and early 2017, suspecting «collusion» with Russia.

The investigation into this matter in 2017-2019 was conducted by an independent special Prosecutor, Robert Mueller, who did not find evidence of collusion, but confirmed the accusations made earlier against Russia about interference in the 2016 election. Russia denies such charges.

According to the Agency, one of the key episodes of the scandal was the trial of former Trump national security adviser Michael Flynn, who held this position for several days. Subsequently, correspondence data was published inside the FBI, from which it followed that the agents deliberately tried to bring Flynn to false evidence. Last week, the US Department of Justice refused to prosecute the ex-adviser. Trump believes that the case against Flynn was fabricated, and blames the Obama administration for it.

Intelligence documents released yesterday indicate that many Obama officials, including Vice President Joe Biden, demanded that the intelligence disclose that it was Flynn who spoke to the Russian Ambassador when he was Trump’s adviser.

The documents contradict the words of Biden himself, who claimed earlier in an interview with ABC that he knew about the investigation against Flynn, but had nothing to do with it, the Agency notes.