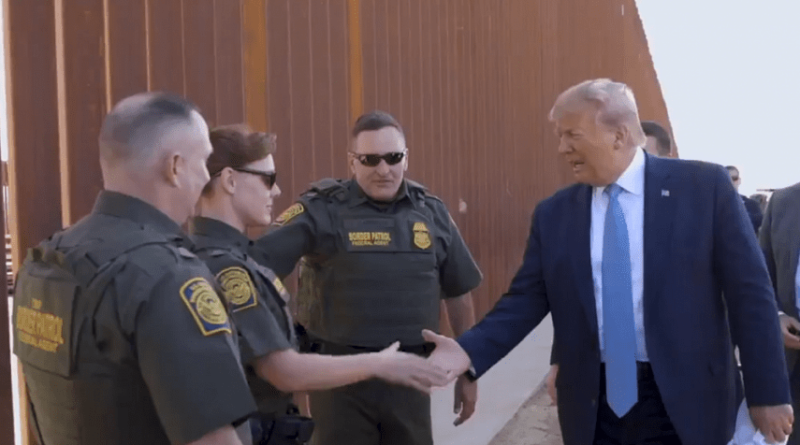 Trump Signed The Wall Between The US And Mexico

Us President Donald Trump left a signature on the wall between the US and Mexico in the state of California, according to the Hill.

After a press conference on the southern border of the United States president went to the wall and signed it with a marker.

“It’s designed to absorb heat, so it’s extremely hot. You won’t be able to touch it. You can fry an egg on that wall.” Trump said.

In addition, Trump posted a video on Twitter in which, he shakes hands with the border guards and poses with them for photos.

Earlier, the Trump administration said it would take about $ 3.6 billion to build new barriers on the border with Mexico from other budget items. Trump took advantage of the announcement of the state of emergency at the border, which allows him to use the funds already allocated by Congress for other purposes.