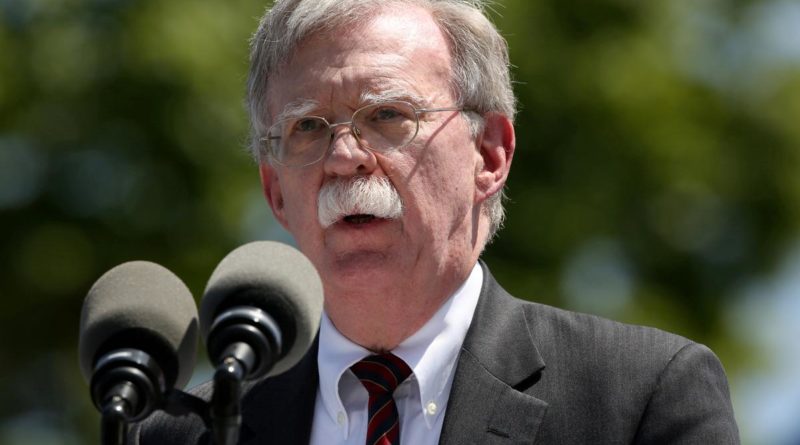 According to Politico, former US National Security Advisor John Bolton criticized Donald Trump’s foreign policy toward Iran, DPRK, and Afghanistan during closed event, which was held in New York on Wednesday.

In particular, according to the magazine, at a private dinner organized by the Gatestone Institute, Bolton called Trump’s decision a “terrible signal” to invite the leaders of the Taliban to negotiate at Camp David. In his opinion, it was “disrespectful” to the victims of 9/11.

Bolton also suggested that any negotiations with the DPRK or Iran are “doomed to failure.” According to the former security advisor, the leaders of these countries are interested exclusively in lifting sanctions and strengthening their economy. He also pointed out that Trump’s refusal to retaliate against a downed US drone by Iranian forces laid the foundation for Iran’s subsequent aggressive actions. According to Politico, to retaliate had gone through the full approval process, but Trump “at the very last minute”, without telling anyone, decided to delay this decision.

“He ripped Trump, without using his name, several times”, said one attendee about Bolton.

Earlier, a number of media, including the Washington Post, citing sources reported that Trump decided to cancel the meeting with the leaders of the Taliban and with Afghan President Ashraf Ghani on September 8 at Camp David because of John Bolton position, who is categorically against any contacts with the Taliban. US Secretary of State Mike Pompeo holds a different position, notes the Washington Post. It was announced last week that Trump had decided to fire Bolton.