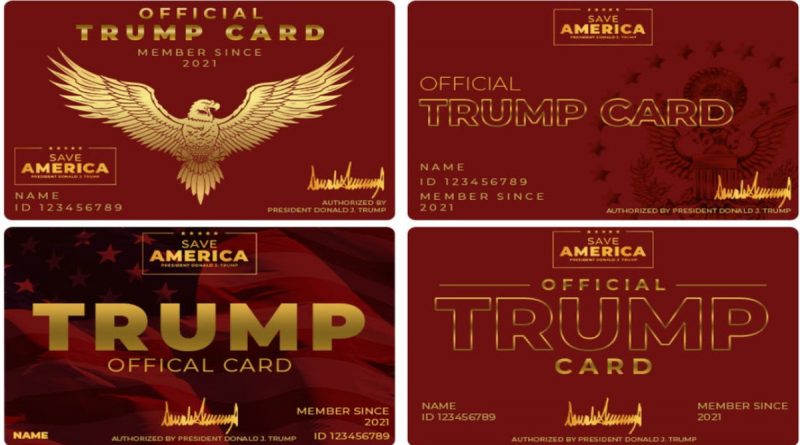 Trump plans to issue name cards to supporters with his signature

Former U.S. President Donald Trump wants his supporters to have a badge of honor and support the release of the so-called “Trump Card.

He asked his followers to choose a design for the card and then donate up to $5,000 as part of his latest fundraising program.

The card is emblazoned with the “Save America” logo and a small print signature by Trump himself that reads, “Approved by President Donald J. Trump.”

One of the four layouts depicts a white-headed eagle, and the other three have a caption that takes up most of the card, “Official Donald Trump Map.”

It is noted that Trump approved all four card layouts because, in his opinion, they are all beautiful and Americans should be allowed to decide for themselves. Trump stressed that the American people always know what is best.

As the publication notes, it is not yet clear who is eligible for these cards and what benefits holders will have. Previously, Trump had planned to sell “autographed” photos for $45.