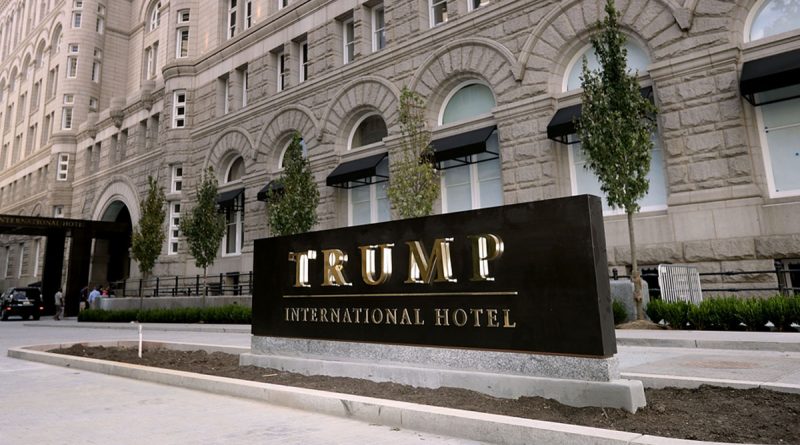 Trump may sell his hotel in Washington

Former U.S. President Donald Trump’s company is in advanced negotiations to sell a hotel in the U.S. capital for $370 million to a Miami-based investment firm, the Wall Street Journal reported.

Negotiations to buy the rights to use the building of the old postal service, where the hotel is located, are being conducted by the investment firm CGI Merchant Group. It is noted that it has competed with a dozen companies, including funds from foreign governments and private investors. CGI Merchant Group is currently in talks with hotel brands such as Hilton and Waldorf Astoria to remove the golden letters of Trump’s last name and replace them with the name of one hotel brand or another. The deal to sell the lease rights could reach $370 million, twice what Trump’s company spent on converting the Postal Service building into a hotel. Miami-based CGI Merchant Group is a new generation of investors focused on “socially conscious” investing. According to the company’s website, it gives 1 percent of its hotel room revenue to local nonprofits.

Earlier, the U.S. House of Representatives on Oversight and Reform published a document that for years, Trump has provided the U.S. government with misleading information about the financial situation of his hotel in Washington. It is noted that during the four years of Trump’s tenure as head of state, his hotel suffered a loss of more than $ 70 million. In this case, according to the US House of Representatives documents, the former American leader claimed that his hotel brought him tens of millions of dollars in profit.

Trump’s hotel is on Washington’s main street, 500 meters from the White House and a mile from the Capitol. Like other hotels, the facade of the multi-story building is adorned with five golden letters of the politician’s last name. Trump’s company has managed the old Post Office building since 2012, for which an annual rent of several million dollars has been set, with several hundred million reportedly invested in the finishes as well.