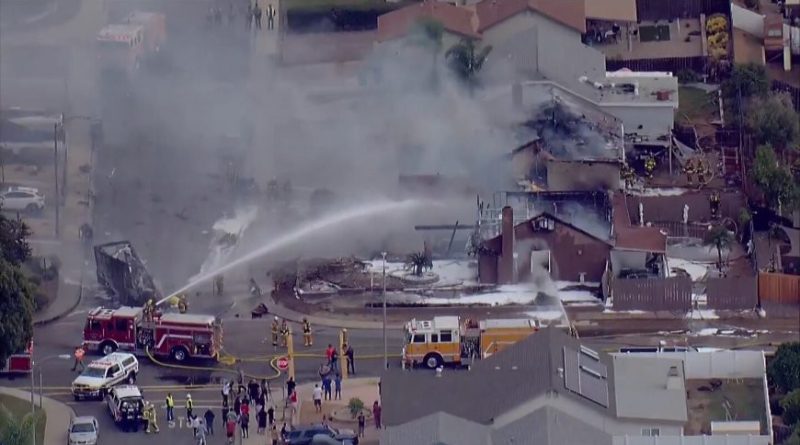 At least two people were killed and two others were injured when a light-engine plane crashed near a high school campus in Santee, California, NBC reported.

Footage published by the TV channel shows that the plane collapsed on residential buildings. Deputy Chief of the Fire Department Santi said during a press conference that two bodies were found at the crash site, without specifying whether the dead were the plane’s passengers.

A spokesman for the U.S. Federal Aviation Administration sent an e-mail to the TV station saying that the number of people aboard the aircraft was being clarified. He also said an investigation has been opened into what happened.

“You could see that it just fell at full speed,” one eyewitness commented on what happened. The crash was also caught on several surveillance cameras located on neighboring houses.

As a result of the fall of the plane two buildings caught fire, firefighters managed to extinguish the fire. The school tweeted that all students were safe.