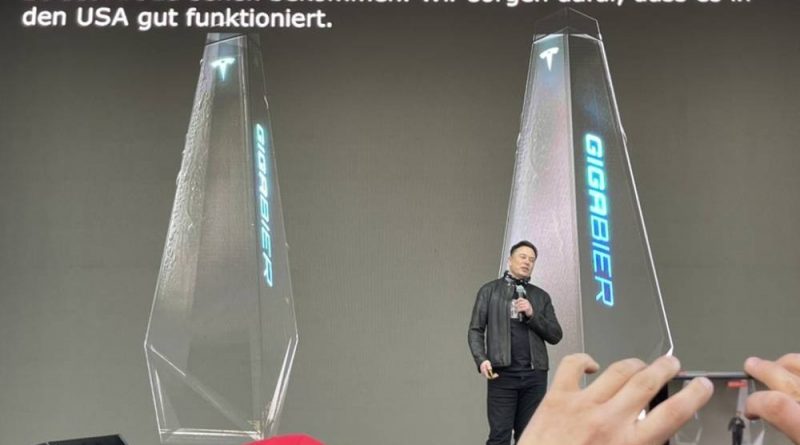 The Tesla plant in Berlin will produce branded beer Gigabier

Elon Musk has repeatedly proved that in terms of flamboyant solutions for the promotion of its products it would give a head start to the world giants of the advertising business. It is enough to remember the launch into space with the Falcon Heavy rocket of one of its cars – Tesla with a mannequin on board.

The creative billionaire’s new venture looks even more unexpected. Last weekend at the Giga Fest party Ilon Musk announced that starting next month in one of the workshops of Europe’s first Tesla factory – Gigafactory Berlin-Brandenburg will start producing branded Gigabier beer in bottles, the design of which looks a lot like a Cybertruck pickup.

This is a plant that will employ about 10,000 people and is about to start operating. Beer, in all likelihood, is assigned the role of a sort of “cherry on the cake”, which certainly will add attention and popularity of the next brainchild of Ilon Musk.

By the way, the alcohol “theme” for Tesla is not new. In 2018, the management of the car company organized the release of tequila under the brand Tesla Tequila in cooperation with the California company Nosotros Tequila at a price of $250 per bottle. The first batch of tequila sold out in a few hours.

Gigafactory Berlin-Brandenburg will produce electric cars Model Y, as well as batteries and electric motors. Especially for the staff of the company a train station was built, and its walls throughout will be decorated with graffiti. It remains to be seen when the world-famous brand of beer appears on store shelves.