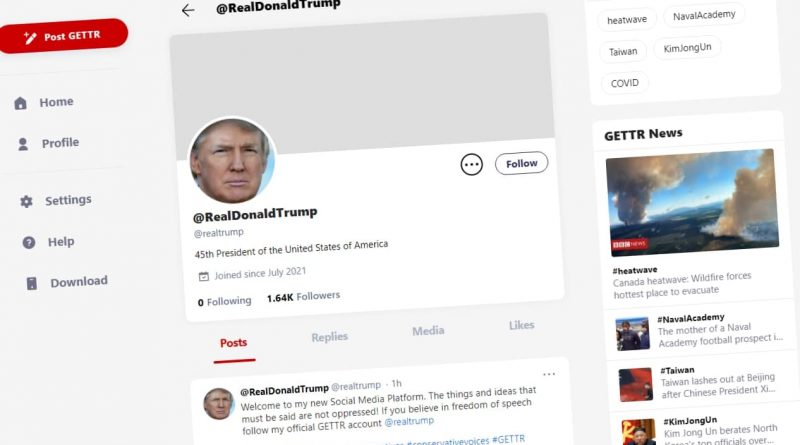 The team of former U.S. President Donald Trump launched the social network Gettr, which copies the interface of Twitter. In Gettr, it is possible to register with a Twitter account and import your content there, the TV channel “360” reports.

The platform’s mission is “to promote common sense, protect freedom of speech, fight against monopolies in social networks and create a real marketplace of ideas,” the description says.

Gettr also intends to fight the culture of cancellation, in which a person who has committed a reprehensible act is ejected from the public space. The app is intended to be an alternative to major U.S. social networks. The project is run by Trump associate Jason Miller.

“Welcome to my new social network. Thoughts and ideas that need to be said are not suppressed! If you believe in free speech, subscribe to my official Gettr account,” the politician urged.

Trump, who did not concede defeat in the 2020 election, urged them to march to the Capitol and hold parliamentarians accountable who were then approving the vote.