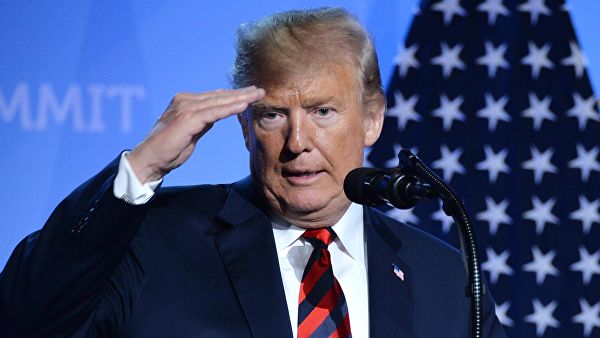 US President Donald Trump said he did not mind accepting information from foreigners about his 2020 presidential election opponents, since he did not consider the collection of such information as interference in the elections.

According to him, in case he thinks that “something wrong”, he will turn to the FBI, but not in the case when it comes to what he called “opposition research”.

Trump also criticized the words of FBI director Christopher Ray, who recently said that “the FBI would like to know about such cases.”

“The FBI director is wrong, because frankly it doesn’t happen like that in life” Trump said.

Trump’s entourage, including his son Donald Trump, Jr., is suspected of being ready to accept dirt on Hillary Clinton, who was running for president in 2016, from Russian representatives. Both in the White House and in the Kremlin they deny that they have entered into some sort of collusion in this regard.

Special Prosecutor Robert Mueller for two years investigated the assumptions of “Russian intervention” in the American elections, which Moscow denies. The special Prosecutor in April completed investigation, having confirmed charges of “intervention”. At the same time, he did not find evidence of “collusion” between Donald Trump and Russia. In addition, Muller did not make an unequivocal conclusion about whether Trump interfered with “implementation of justice”, that is, the investigation.