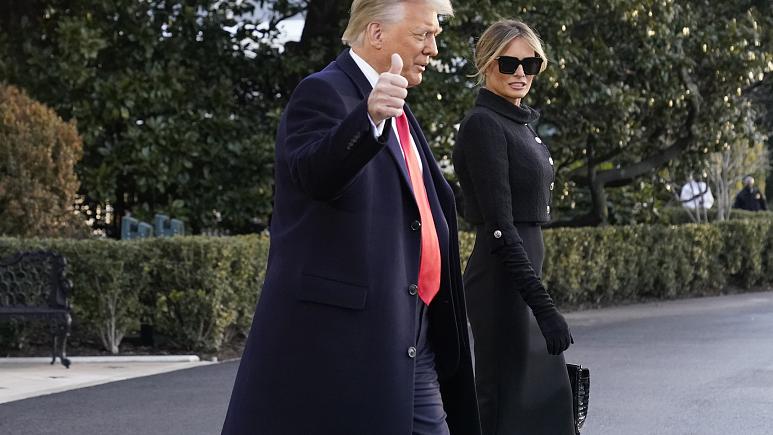 Trump did not leave empty-handed

Donald Trump left the White House, but not empty-handed. The former leader of the United States is entitled to a number of «bonuses», according to the federal Law on Former Presidents (Former Presidents Act), adopted in 1958. According to the document, benefits are granted only to those heads of state who were not removed from office as a result of impeachment or conviction for a criminal offense. Twice subjected to the procedure of removal from power, Trump was literally two steps away from losing the privileges that Bill Clinton, George W. Bush and Barack Obama already enjoy with might and main.

Pension for life
During his first election campaign in 2015, Donald Trump said that, following the example of John F. Kennedy and Herbert Hoover, he would refuse the president’s salary — $ 400,000 a year-if he was elected to a high post. And so he did. Since 2017, Trump has repeatedly transferred significant amounts to various agencies. One of the last checks received by the National Ministry of Health for the fight against the coronavirus pandemic. But Trump did not refuse the «golden pension» of 219 thousand dollars a year, which all former heads of the American state receive. In turn, former first Lady Melania can also count on 20 thousand dollars a year.

Other popular sources of income for ex-presidents include speaking at conferences and publishing memoirs. So, according to the New York Times, for his speeches at conferences to employees of the largest American companies, Barack Obama repeatedly received 400 thousand dollars. And his book «The Promised Land» broke the sales record among all publications of former US presidents. The publisher paid Obama a record $ 65 million advance.

Under the protection of the secret services
Another privilege of retired American leaders is the ability to count on the US secret services to ensure their personal security for the rest of their lives. If you don’t get a divorce and again get married, it will also be protected. According to some estimates, the budget protection of the couple will cost about $ 1.5 million a year.

According to the law, the children of ex-presidents are also protected, but only until they are 16 years old. But before leaving the White House, Trump ordered that the security services ensure the safety of all his daughters and sons for at least another six months.

Office in any part of the country and other expenses
The General Services Administration helps retired presidents to «change roles» — in particular, to open and furnish an office anywhere in the United States, as well as to hire assistants, advisers and other staff. In total, Trump will receive $ 150,000 a year from the federal budget to pay their salaries for the first 30 months. Subsequently, these amounts will be reduced to 96 thousand dollars per year.

In addition, Trump himself and two of his subordinates are compensated for annual business travel expenses in the amount of up to one million dollars. The former lady will receive up to 500 thousand dollars for the same needs. At the same time, the former president will no longer be able to climb on board Number One.