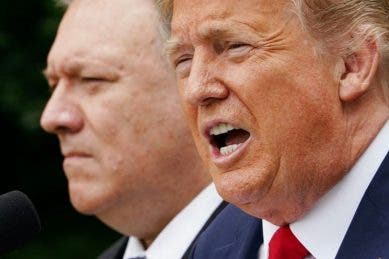 Trump Criticized The Supreme Court's Decision On The Immigration Program

U.S. President Donald Trump criticized the Supreme Court ruling, which ruled that the U.S. administration did not have the right to cancel the DACA program, which protects the young immigrants, known as dreamers, from deportation.

Earlier, the US Supreme Court stated that the Donald Trump administration did not have the right to cancel the DACA program. The cancellation of the DACA program, introduced under ex-president Barack Obama, was one of Trump’s domestic political priorities.

«These horrible & politically charged decisions coming out of the Supreme Court are shotgun blasts into the face of people that are proud to call themselves Republicans or Conservatives,» Trump wrote in a tweet.

The American leader added that the conservatives «need more Justices» in the Supreme Court and called for voting for him in the upcoming elections.