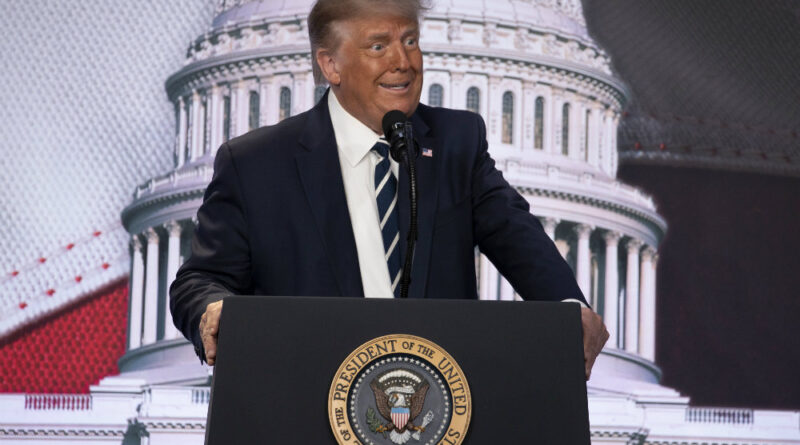 Trump confirmed that he is afraid of sharks

US President Donald trump has confirmed that he hates sharks and is terrified of them. The head of the White house told his supporters that he is not a “big fan” of predators that live in the ocean.

This topic came up during a campaign event in Pennsylvania, when the President smoothly switched from talking about Iraq to discussing the topic of so-called GMO mosquitoes, which began to be bred in America to combat common insect pests. Then trump suddenly started talking about sharks, his face changing. “I’m not a big fan of sharks. I don’t know how many votes I’ll lose.”

It was not clear why the us leader suddenly spoke about sharks, but the Washington Post suggested that he may have watched the Shark Week program on the Discovery channel, which was recently mentioned by Michigan Governor Gretchen Whitmer. Trump also expressed his dislike for her during a meeting with voters.

He also strongly opposed the creation of a Fund to save sharks, saying that he had more important things to do. This is not the first time trump has shown a dislike for these predatory fish, the Guardian reports. In 2013, trump wrote on Twitter: “Sorry guys, I’m just not a fan of sharks – and don’t worry, they will be long after we’re gone.” In a second tweet he added: “The sharks on my list (of dislikes) will be last, except perhaps the losers and the envious.”

In 2011, actress Stormy Daniels, who claimed that she had an affair with trump, said that he is very afraid of sharks. According to her, the future us President once said: “I donate to all these charities. But I would never give money to those who help the sharks.” I hope all the sharks die, ” Daniels said, adding that Donald once even interrupted a conversation with a very influential politician when a program about sharks started showing on TV.