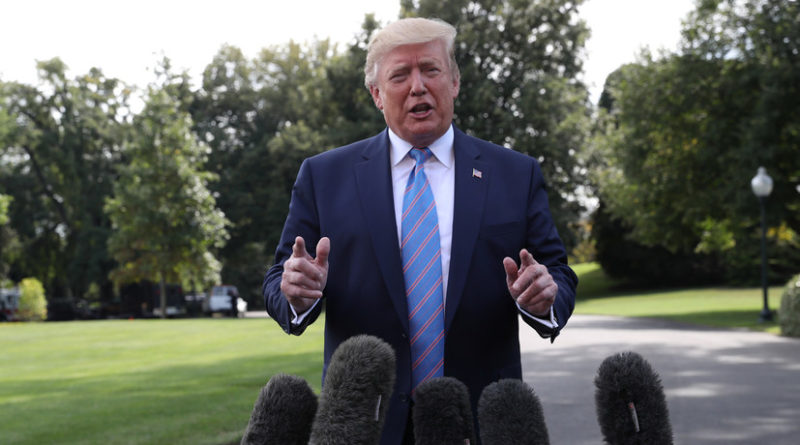 US President Donald Trump commented on the shooting in Dayton, which killed nine people. He noted that law enforcement officials acted quickly.

“The FBI, local and state law enforcement are working together in El Paso and in Dayton, Ohio. Information is rapidly being accumulated in Dayton. Much has already be learned in El Paso. Law enforcement was very rapid in both instances. Updates will be given throughout the day!” he wrote on Twitter.

The mass shooting occurred in Dayton, Ohio, the attacker began to shoot at people on one of the streets of the city. According to the latest data, ten people were killed, including the attacker, 26 people were injured.

On 3 August, a mass shooting took place at a shopping center in El Paso, leading to the death of 20 people.

“Today, I authorized the lowering of the flags to half-staff at all Federal Government buildings in honor of the victims of the tragedies in El Paso, Texas, and Dayton, Ohio. The flags at the White House will be lowered today through Thursday, August 8. Melania and I are praying for all those impacted by this unspeakable act of evil!” Trump wrote on Twitter.