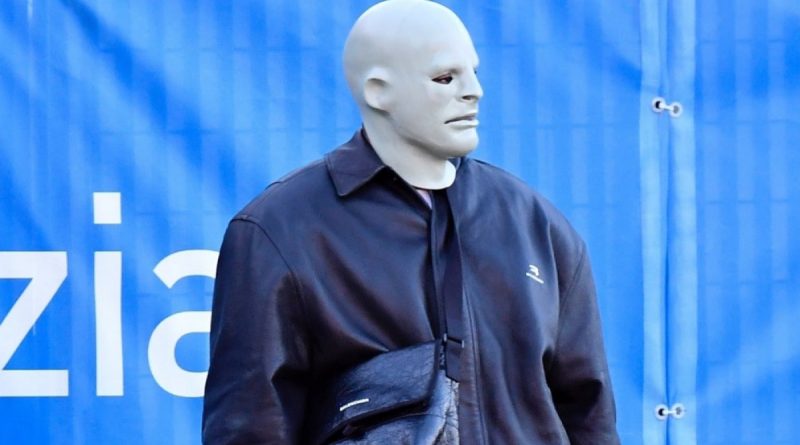 "To hell with my face." Who makes Kanye West's masks and why he wears them?

Kanye West, who officially changed his name to Ye, appeared in Berlin and Venice airports wearing a Fantomasus mask. Masks, balaclavas and bags have been an integral part of Kanye West’s image for the last ten years. They first made a splash during the rapper’s first solo concerts after his tour with Jay-Z.

Spectacular headgear has never been just a means of self-expression for Ye. At London’s Wireless Festival, he explained their meaning: “I wear this damn mask because I don’t worry about keeping my face. To hell with my face. To hell with what it might mean. Fuck what the name Kanye might mean. It’s all about my dreams. It’s all about creativity.” The 15-minute confession, in recitative format, addressed the media and the fashion industry and talked about the problems of celebrity enrichment and discrimination against black people. However, there seems to be more than that behind the rapper’s love of masks.

First of all, by hiding his face, Kanye seems to be proving that no matter what he wears and does, the public will still be interested in him and go to his concerts. He talked about this, in particular, in an interview on WVEE radio in Atlanta in 2013: “People would come to my shows and see me spend 80 percent of the time wearing a mask. They were like: “‘We paid money to see him and he’s hiding his face, even though it’s kind of funny.'” 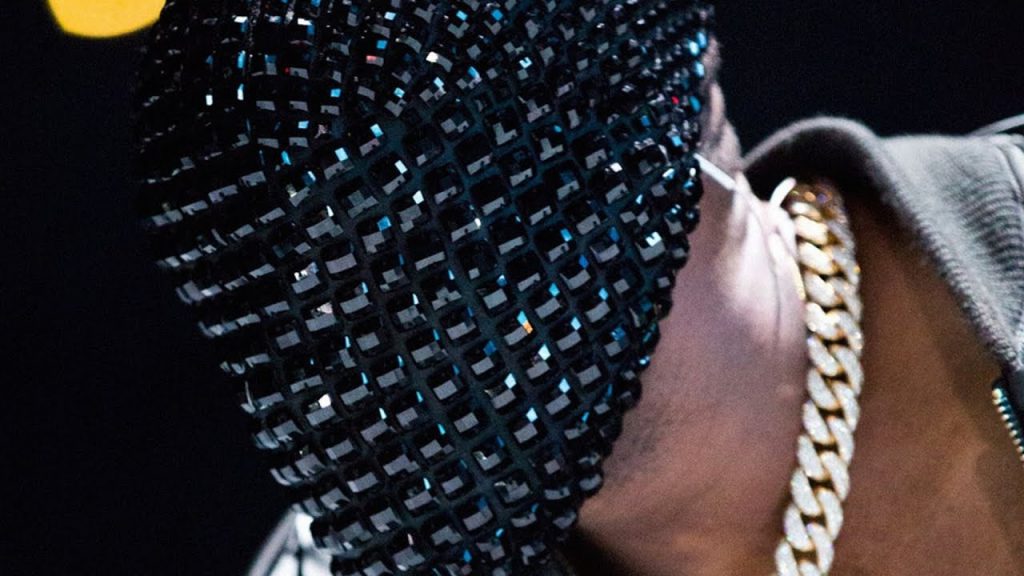 Secondly, Kanye got religious, he founded the gospel project Sunday Service and released the album “Jesus Is King”, and fans began to assign spiritual meanings to his images. For example, comparing the rapper to the priest from Nathaniel Hawthorne’s story The Minister’s Black Veil, who, when confronted with his sins, began to wear a black veil without taking it off. Proponents of conspiracy theories have suggested that in the process of writing the album “Donda”, dedicated to his dead mother, the musician repented for his mistakes, including his breakup with Kim Kardashian. This could explain the fact that Kanye never once appeared in public with an open face during the promotion of the record, changing dozens of bags and balaclavas.

Some of them – like the Harley-Davidson T-shirt print or the Jesus image – for Ye were designed by Pierre-Louis Auvret, a graduate of St. Martin’s Central College of Art and Design. He collaborated with the rapper during the creation of album covers for albums that were never released, and is now rumored to be part of the creative team of Movalola Ogunlesi, chief designer of the Yeezy X Gap collaboration.

Ovre works in the avant-garde genre, producing tight clothing with knit details and a paint-spray effect, worn by Kylie Jenner and Grimes, for example. However, he is primarily known for the Gucci scandal: in 2017, while still in college, Auvre claimed that the idea for the Gucci and Beyond ad campaign with aliens was stolen from him. Allegedly, he had long been creating displays and collages based on alien images and planned to use them for his graduation project. However, Gucci creative director Alessandro Michele rejected the plagiarism accusations, saying that “people make scandals out of nothing.”

In addition to Ovre masks, Kanye wears regular capron stockings on his head, such as at the presentation of “Donda” at the Mercedes-Benz Stadium in Atlanta. Combined with the bright red down jacket from the Yeezy X Gap collaboration, the headpiece looked designer, but neither Ovre nor Demna Gvasalia, who designed the rapper’s stage costumes, nor anyone else had anything to do with its creation.

The rubber mask Ye wore at the airport in Berlin and later in Venice wasn’t a branded item or an elaborate move, either. Judging by the photos on Twitter, it was literally a Fantomas mask the rapper bought before his flight at a Halloween merchandise store. Along with it, Kanye grabbed a similar mask, but flesh-colored with imitation tuxedo-ice, and a Sumerian mask reminiscent of the steward image from “The Squid Game.” The latter was worn by Ye at the wedding of Alexandre Arnault, son of LVMH president Bernard Arnault, and Geraldine Guyot, founder of the French accessories brand D’Estrëe. According to the guests of the event, the mask was constantly falling off his face, disturbing his performance, but he seemed to enjoy being a caricature of himself. After all, as Ye’s entourage says, the main point of his unusual images is that they look funny and cool.