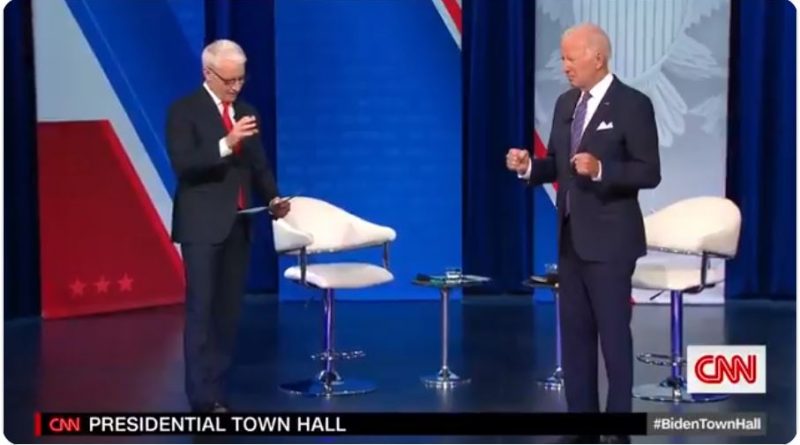 Twitter users are actively discussing the behavior of U.S. President Joe Biden at a meeting with voters. In particular, when the host read out a question about the rate of inflation in the U.S., Joe Biden flexed his hands in his elbows, clenched his fists and stood in that position for about fifteen seconds.

The footage quickly spread across social media and sparked a strong reaction among commenters.

“My kid does the same thing when he wants to pee,” wrote Halloween Guy Don Diesel.

“Maybe he’s lost his muscle memory because he had to give as many as two speeches in one day?” – Teledamus sneered.

Many readers began posting pictures comparing Biden to a toy soldier, a skier and a “Jetpack man.” The U.S. leader’s meeting with voters was held the day before in a townhall format on CNN.