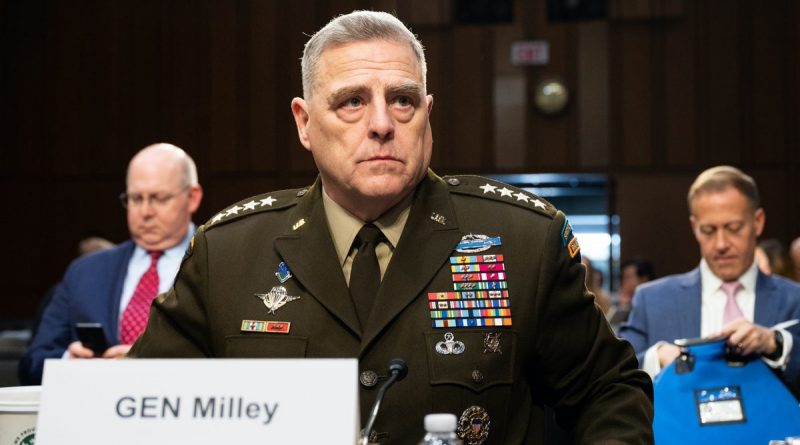 The U.S. State the Situation in Afghanistan Has Damaged Washington's Reputation

The hasty withdrawal of U.S. forces from Afghanistan and the fall of the authorities in Kabul have damaged the reputation of the United States on the world stage. Gen. Mark Milley, chairman of the U.S. Armed Forces Chiefs of Staff, said this on Tuesday, speaking at a hearing before the Senate Armed Services Committee.

Asked whether he agreed that the withdrawal of U.S. troops from Afghanistan and the fall of Kabul had seriously damaged the reputation of the United States in the world, the general stressed: “I think our reputation among allies and partners around the world, as well as adversaries, is under intense scrutiny by them to see which way things are going to go.” “And I think damage is the word to use in this situation. Yes,” Milley added.

When U.S. Secretary of Defense Lloyd Austin, who was present at the hearing, was asked what message the situation in Afghanistan sends to Washington’s NATO allies and around the world not only about reputation but also about American resolve, he replied, “The world has witnessed the American military evacuate 124,000 people in 17 days.” He was then asked again about the U.S. reputation in the world. “I think our reputation remains solid. There will always be people who will have doubts about what happens. But I would say that we, the United States Armed Forces, are one, people have a lot of trust in us. And the relationship is something that we have to constantly work on. And we understand that we will continue to do that,” the Pentagon chief said.

Milley said U.S. troops would have been forced to fight the insurgents if they had stayed in Afghanistan after Sept. 1. He was asked for what reason military leaders recommended that U.S. President Joe Biden withdraw troops before early September. “The reason is the risk to the force, the risk to the mission itself and the risk to American citizens. On September 1, we would go to war with the Taliban again, there was no doubt about that,” the general responded.

“At that point, if we had stayed after August 31, which is militarily feasible, it would have required a significant additional force,” he explained, adding that about 25,000 more troops would have had to be engaged. “All of that would have resulted in significant casualties on the U.S. side, and would have put American citizens still in Afghanistan at greater risk, in my professional opinion and in the opinion of all the other generals. That’s why we recommended on Aug. 25 that Biden move to the diplomatic option as of Aug. 31,” Milley pointed out.

Milley agrees that the withdrawal of U.S. troops from Afghanistan can be considered a strategic failure.

“As I recall, one senator put it very well: it was a logistical success, but a strategic failure,” Millie said, commenting on the American evacuation of several categories of citizens of Afghanistan as well as the overall withdrawal of U.S. troops from that South Asian country.

The NSC chief was referring to a phrase earlier in the hearing by Senator Tom Tillis. “I think we should be grateful to those who got 124,000 people out of Afghanistan. That was a logistical success. But the situation as a whole is a strategic failure,” Tillis said. The U.S. military has evacuated over 124,000 people from Afghanistan, Pentagon Chief Lloyd Austin announced at the hearing.

Militants have launched a massive operation to take control of Afghanistan after the United States announced in the spring its intention to withdraw forces from the South Asian country. On August 15, Afghan President Ashraf Ghani fled abroad and the Taliban entered Kabul without a fight. U.S. troops had completely abandoned Afghanistan by early September, ending their nearly 20-year presence there.