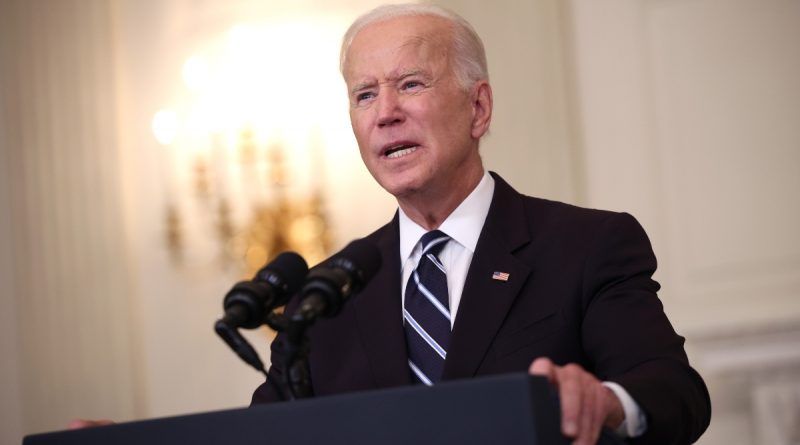 The U.S. imposed a ban on all imports of Russian oil and gas

The United States is imposing a ban on all energy imports from Russia. This was announced by U.S. President Joe Biden, speaking on Tuesday at the White House on the situation around Ukraine.

“I am announcing today that the United States is targeting a major artery of the Russian economy. We are imposing a ban on all imports of Russian oil, gas and energy. This means that Russian oil will no longer be able to flow into U.S. ports, and the American people will deliver another powerful blow to Russian President Vladimir Putin’s war machine. It is a move that has strong support from both parties in Congress. Americans have rallied to support the Ukrainian people and made it clear that we will not participate in subsidizing Putin’s war. We made this decision after close consultation with our allies and partners around the world, especially in Europe,” President Biden argued. He said the U.S. understood that its European allies would not be able to join the ban on Russian energy imports.

Banning imports of Russian oil and gas would also hit the U.S. itself, but Washington believes it must take such a step, Biden said.

In particular, the U.S. leader acknowledged that gasoline prices will continue to rise in the United States despite the efforts of the authorities. “Today’s decision will incur costs here at home as well. <…> Since Putin began his military build-up on the border with Ukraine, the price of gasoline at gas stations in America has already risen by 75 cents since then. And after these steps (banning imports of Russian oil and gas – by TASS commentary) it will increase even more,” he said.

The U.S. authorities urge the private sector not to raise prices due to the consequences of sanctions against Russia. “For oil and gas companies and financial firms – we understand that Russian President Vladimir Putin’s war against the people of Ukraine is causing price increases, we understand that, that’s obvious. But that is not an excuse for excessive price increases, inflating profits, or any attempt to exploit this situation or American consumers, to exploit them. Russia’s aggression is costing all of us dearly, and this is not a time for profiteering or inflating prices. I want to make it clear that we will not tolerate it,” the president warned.

The United States must become energy independent, with Washington also discussing with the EU the prospect of European countries abandoning oil and gas from Russia, Biden said.

“This crisis is a clear reminder that we need to become energy independent to protect our economy in the long term,” he said. “I’ve had a number of conversations in recent months with our European friends about how they should get rid of Russian oil themselves. This just can’t go on,” Biden believes.

On March 8, Biden signed an executive order banning energy imports from Russia and new investment in the Russian energy sector. The document was published by the White House.

The executive order notes that the president “extends the scope of the national emergency declared by Executive Order 14024 of April 15, 2021.” “The following products manufactured in the Russian Federation are prohibited from entering the United States: crude oil, petroleum products, petroleum fuels and oils, and products of their distillation, liquefied natural gas, coal and coal products.”

The measure would further deprive Russia of the economic resources used to continue its military operation in Ukraine. The executive order, which Biden signed, would prohibit Americans from making new investments in the Russian energy sector, as well as funding for foreign companies investing in energy production in Russia.

Earlier, the nonprofit American Automobile Association, which tracks the rates at more than 60 thousand gas stations in the country, reported that the cost of gasoline in the United States broke a historic high, exceeding the mark of $4.17 per gallon.