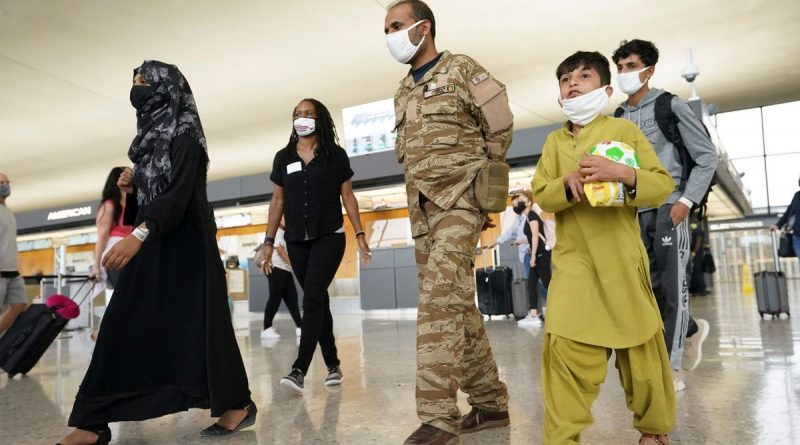 The U.S. has already received almost 40,000 evacuated Afghans in its territory

Nearly 40,000 Afghans evacuated as part of the U.S. military operation have arrived in the U.S. after appropriate screening procedures conducted overseas. This is said in a written statement issued by the State Department on Monday.

“Already nearly 40,000 people have left vetting sites located overseas and arrived in the United States,” the document noted. Experts from the Departments of Homeland Security, Defense, and the Federal Bureau of Investigation (FBI) National Counterterrorism Center are vetting the evacuated Afghans before they are allowed to arrive in the United States. They are examining both biographical and biometric data on the refugees.

In addition, the department added, more than two dozen countries and territories assisted the U.S. during the evacuation of people from Afghanistan. “In total, the United States and our partners moved more than 124,000 people, including 6,000 U.S. citizens, to safety. With the support of partners and allies, the United States has built a global network of more than two dozen countries across four continents, with a total temporary transit capacity of 65,000 people on a regular basis, including up to 2,000 places to house those needing longer processing times.”

“Our temporary transit points in the Persian Gulf are capable of handling about 37,000 people on a permanent basis, and more than 65,000 people have already passed through them on their way to the United States or for onward processing at points in Europe,” the State Department said. – The temporary transit points that we have established in the U.S. and at military bases in Europe have the capacity to pass at least 28,000 people on a permanent basis.