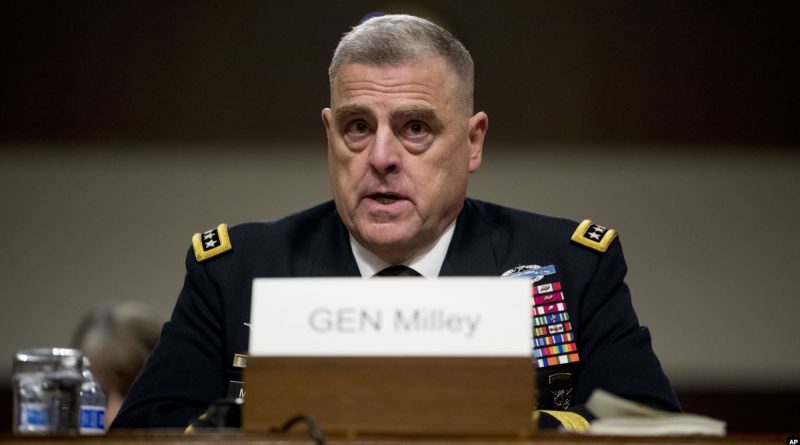 The U.S. commented on the calls of the head of the Committee of the Chiefs of Staff of the Armed Forces to China

Gen. Mark Milley, chairman of the Committee of Chiefs of Staff (CNS) of the U.S. Armed Forces, acted within his authority and to maintain strategic stability when he called his Chinese counterparts. Colonel Dave Butler, a spokesman for the NSC, said in a statement released Wednesday.

“The chairman of the Committee of Chiefs of Staff regularly communicates with chiefs of general staffs around the world, including Chinese and Russian ones,” he said. He said this is done to “improve mutual understanding about U.S. national interests, reduce tensions, present clarity and avoid unintended consequences and conflict.” “His conversations with the Chinese and others in October and January were within that authority and responsibility to provide his assurances to support strategic stability,” Butler said.

He denied allegations that Milley called China in secret. “All calls by the chairman of the NSC to his foreign counterparts, including these reported in the media, are coordinated and reported to the Pentagon and other agencies,” the NSC spokesman stressed.

Earlier Tuesday, The Washington Post published excerpts from a forthcoming book by veteran American journalist Bob Woodward, which said that Millie thought Donald Trump was mentally unstable during his final months in office and had secretly called China to prevent a possible military clash between the two countries.

The head of the U.S. NSC allegedly spoke twice by phone with Li Zocheng, the chief of staff of the People’s Liberation Army of China, fearing that Trump could ignite an armed conflict between the United States and the PRC through his decisions and actions. The U.S. military commander, according to the book, promised to inform his Chinese counterpart in advance if plans for a military operation against the PRC were developed in Washington.