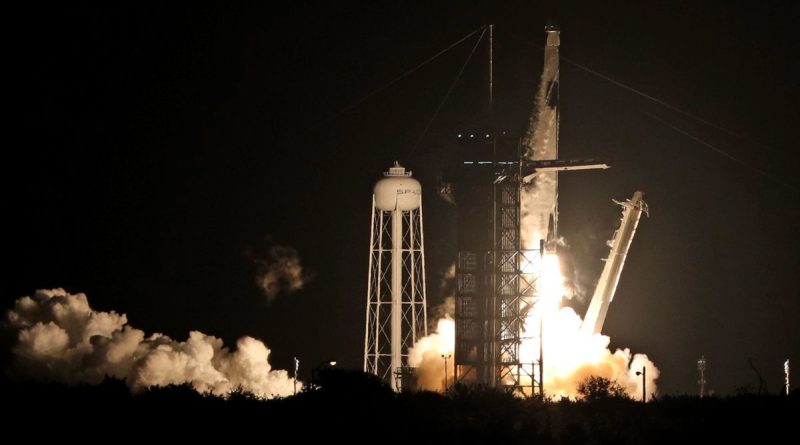 The U.S. company SpaceX carried out the first launch of a launch vehicle with the Crew Dragon spacecraft, the crew of which consists exclusively of civilians.

The launch was part of the Inspiration4 program, which was the first fully commercial astronaut mission in orbit. The Falcon 9 rocket launched from Cape Canaveral, Florida.

Two minutes and 40 seconds later, the first stage of the rocket separated. The rocket descended in automatic mode and landed on a floating platform in the Atlantic Ocean.

Eight minutes and 51 seconds after launch, the engines of the second stage of the launch vehicle shut down and about three minutes later the spacecraft itself detached from it. After that, the protective cover of the glass dome located on the nose of the Crew Dragon flew open. It was installed on the ship specifically for tourist missions and is located in place of the mechanism designed for docking with the International Space Station (ISS).

The flight is expected to last about three days, after which the Crew Dragon will descend and land on water in the Atlantic Ocean. During the three-day flight, the ship will reach an orbit of 575 kilometers, well above the orbit of the ISS.

The Crew Dragon crew includes Haley Arsenault, a 29-year-old doctor at Children’s Hospital in Memphis, Sayen Proctor, a 51-year-old geology professor, Christopher Sembroski, a 41-year-old employee of Lockheed Martin Aerospace Corporation, and American billionaire Jared Isaacman, 38, who owns the payment service for restaurants and hotels Shift4 Payments. It was he who paid, without disclosing the amount, for all four seats on the ship. According to the businessman, Inspiration4 is a charity event in which he hopes to raise $200 million for St. Jude Children’s Research Hospital in Memphis, Tennessee. He himself has donated $100 million to the hospital, with another $13 million coming from various philanthropists since the campaign began, including those who participated in a lottery to become a member of the ship’s crew.

Isaacman, who serves as the ship’s commander, has a passion for piloting jets and even has a MiG fighter jet in his personal collection. Proctor has previously attempted to join NASA’s astronaut squadron three times, was part of the long-range Mars mission simulation program, and is also fond of piloting. Sembroski previously served in the U.S. Air Force and is entrusted with the role of flight engineer for the ship.

In addition to the philanthropic mission, the flight participants have scientific goals. It is assumed that the crew will study the effects of weightlessness on the human body, the results of which “will have potential importance for human health both on Earth and in future flights. SpaceX’s future plans not only include taking tourists to orbit, but also to the ISS while it is in operation until at least 2024.