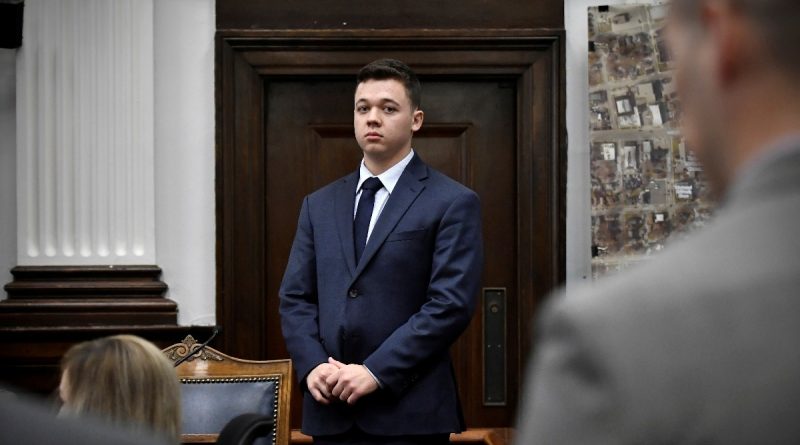 The trial of Kyle Rittenhouse, the shooter of protesters, began

Kyle Rittenhouse, who tried to defend himself against violent street protests, was put on trial in the United States today. A 17-year-old Wisconsin resident with a gun in his hands prevented protesters from setting fire to a gas station.

In the United States, the right to keep and bear arms, guaranteed by the Second Amendment, as well as the right to use these weapons in self-defense, are, one might say, basic rights. This is why Americans are now watching the Kyle Rittenhouse case extremely closely. It seems to many that through this process the authorities are trying to take away the right of citizens to defend themselves.

In August 2020, the city of Kenosha was ablaze: the Black Lives Matter action turned into riots and looting in the streets. Those passersby who did not express fervent support for the crowd also got caught up. In addition to the police, the local armed militia, including Rittenhouse, stood up to protect the business.

“Our job is to protect businesses and help people, and I don’t want anybody to get hurt, so I brought my rifle,” he said.

He used his weapon just 15 minutes after talking to the press. Rittenhouse tried to beat him up when he wouldn’t let the gas station go up in flames. He was armed, fired a warning shot into the air, then opened fire to kill. A little later the crowd did catch up with Kyle, knocked him down and started beating him, he fired again. He was charged much later. And that day, police officers thanked Rittenhouse for volunteering to help authorities and let him go. That’s what the attorneys are basing their defense on. Since the police released their client at the time, they are the ones to blame.

“They thereby showed that Mr. Rittenhouse had not crossed any red lines,” said the lawyer.

Both of the victims had several criminal records, including rape and attempted murder. And they were shot while taking part in a riot and robbery. Yet the press tries to portray them as innocent victims. And Rittenhouse himself – respectively, as a soulless executioner who went out into the street just to kill as many people as possible. And the police are scolded for not arresting him sooner.

“It’s a double standard! The dead are dead, they can’t defend themselves. But we know there are dead and wounded here. Which means someone injured and killed them, and he’s guilty!” – CNN anchor Laura Jarrett stated.

Kyle was a member of the Volunteer Police Assistance Society and had no problems with the law before last year’s events. The biography is clean, though the prosecution is trying to convince the court otherwise. American law experts have no doubt that, as a matter of law, Kyle cannot be charged with anything serious.

“The charge is in a pretty complicated situation. It’s important to remember that Kyle was 17 years old at the time of these events, and in Wisconsin, minors can’t own guns like that. You can for hunting, but obviously it wasn’t hunting here. That means that Kyle would definitely be charged under some article. “However, this is what we call a ‘misdemeanor,’ and the sentence for that is less than a year,” commented Pennsylvania State Senate Member Bruce Marks.

From the point of view of the mainstream media, Rittenhouse is first and foremost someone who spoke out against an action for the rights of African-Americans, that is, by definition, a criminal. However, the court sided with the defense. It has already forbidden calling the dead “victims” of Kyle.

“The word ‘victims’ carries the wrong weight. Let the evidence speak for itself. And it shows that these people were involved in arson, rioting and looting. I will not allow them to be called ‘victims,'” said Judge Bruce Schroeder.

In the end, he only allowed the dead to be called “looters” or “rioters” and “arsonists.” This is only the first day of the trial; the verdict is expected in two weeks at the earliest.