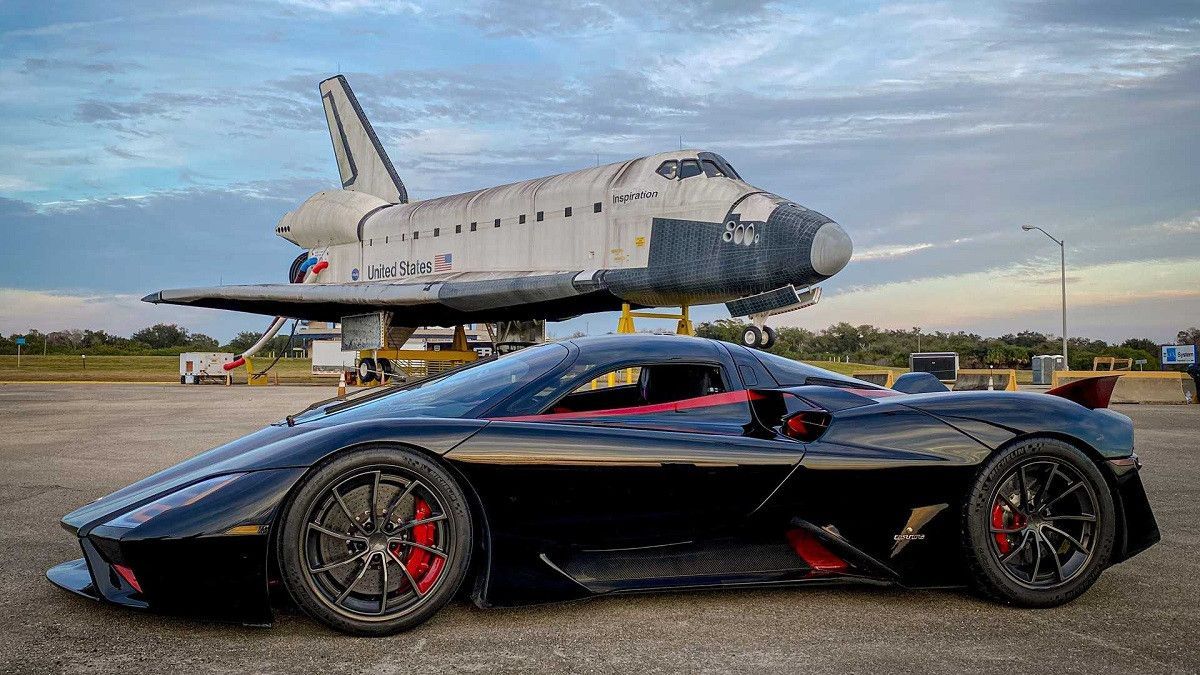 The tough confrontation among sports car owners for the right to be called the fastest continues. At the moment, the leadership belongs not to the professional racer, but to the dentist and philanthropist Larry Caplin and his 1,450 hp SSC Tuatara hypercar made by Shelby Super Cars.

The record run took place on the Kennedy Space Center airstrip, where the legendary space shuttles of NASA had landed not so long ago. It is 2.3 miles long, with the last 0.68 miles coming from the braking zone.

However, initially there was no question of setting a record, just a test run. However, to be on the safe side, the Racelogic VBOX GNSS measuring system, GPS navigator and video recorder were installed in the cockpit.

To Larry Kaplan’s credit, he not only “met” the distance offered, but also accelerated to a record 295 mph, managed to brake, and safely completed the race.

To finally consolidate his world speed record, Kaplan will have to obtain all the necessary permits for a second run, but on a stretch of highway in the Nevada desert.