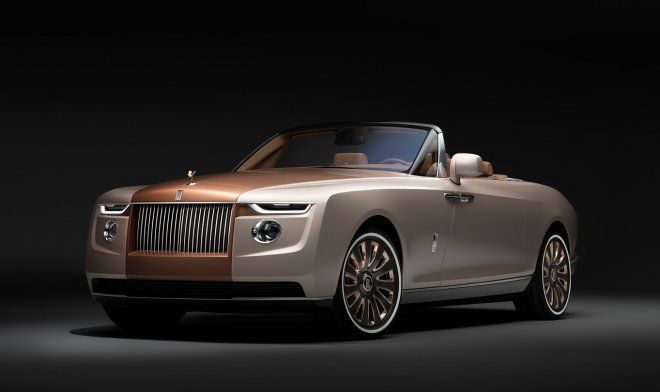 Visitors to the Concorso d’Eleganza Villa d’Este (a competition for elegance among classic vintage cars) may have remembered the Boat Tail from Rolls-Royce. There was a good reason for that.

Boat Tail is the embodiment of the most refined automobile luxury priced at 28 million dollars. The first in a series of three cars was presented at the exhibition. The second one, already priced at 30 million dollars, was made at the request of a businessman whose family business is based on pearl extraction. The designers and technologists had to work hard to create a unique shape and color in the form of a pearl cigar with a touch of whiskey.

The developers decided to highlight the hood and rear, giving them a slightly different, cognac shade. There are details of bronze, gold, aluminum, mica and even crystal in the car’s trim. The trunk is literally under the “wings” of two royal walnut veneer covers inlaid with gold strips, giving it a resemblance to the deck of a yacht.

Under the trunk lids are picnic accessories – cutlery and dishes. Everything from an umbrella that attaches to the trunk in case of hot, sunny weather has been thought of. Walnut veneer, natural cognac and oyster leather, rose gold and mother-of-pearl shades also dominate the interior. The “cherry on the cake” is the classic clock with mother-of-pearl trim in the middle of the dashboard.

Apparently, given its uniqueness and price, the owner of the second Boat Tail decided to make it an exhibit in his private car museum. 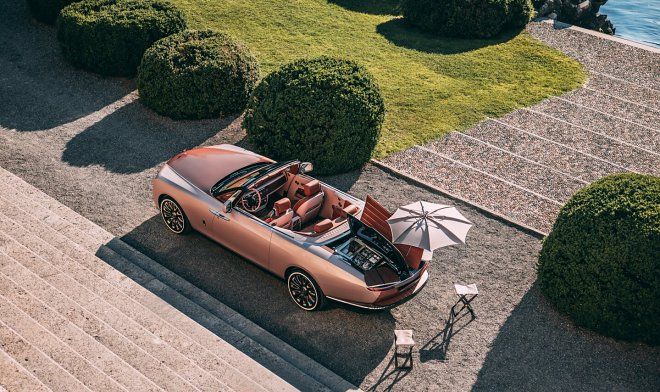