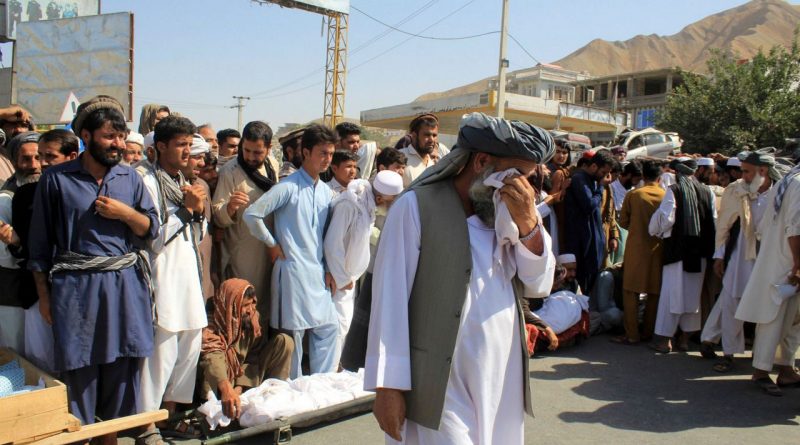 The situation in Afghanistan is close to critical

Immediately after the capture of Kabul, the insurgents announced that the country would be governed by a new multi-sectoral government.

The formation of the new cabinet was preceded by a clash with militias from Panjsher province. Residents of this region opposed the authority of radicals and organized a resistance led by Ahmad Masoud, son of field commander Ahmad Shah Masoud. The insurgents demanded broad representation in the new Afghan government on their terms from the Taliban. The parties even began negotiations, but failed to reach a compromise. As a result, over the past few days there have been conflicting reports from Taliban and resistance fighters about what is happening in Panjsher. Militants say they have full control of the province, while resistance forces deny this.

The Panjsher problem has delayed the formation of a new Afghan government. However, according to media reports, there are still divisions within the Taliban.

The representatives of the movement, who worked for years in the office in Doha and negotiated with international forces, will have to cooperate with the young field commanders who have won military victories on the ground. The search for compromise between representatives of different militant forces is also one of the first challenges of the Afghan political process. Reuters reports that Abdul Ghani Baradar, the leader of the movement’s political wing, may tentatively head the future cabinet.

Since the Taliban seized power, Afghanistan has been cut off from billions of dollars in foreign aid. According to the World Bank, grants cover 75 percent of all government spending in the country. Because of the collapse of the former regime, the U.S. administration froze the Afghan government’s state reserves in U.S. banks to prevent representatives of radicals from accessing them. The International Monetary Fund also suspended its $450 million tranche.

Being one of the poorest countries in the world, Afghanistan needs foreign subsidies to keep its economy afloat. In the current circumstances, the banking system of the country has not only lost access to reserves, but also faced a shortage of foreign currency, particularly the dollar, which was the backbone of all financial mechanisms.

After the takeover of Kabul by the Talibans, the banks stopped working for a few days in Afghanistan. The national currency plummeted to a record low. As a result, the prices of several key products, including fruit, flour, sugar, oil, and fuel, as well as all food imports into the country, rose sharply. This is despite the fact that more than half of Afghanistan’s population is already below the poverty line, surviving on about $1 a day.

To reduce the mass outflow of currency, the Taliban banned the export of dollars in late August. Afghan bank customers were allowed to withdraw no more than $200 a day from ATMs. This led to protests by depositors, who were effectively deprived of full control over their money.

The economic situation was exacerbated by a mass exodus of specialists who could have helped rebuild the country. Tens of thousands of people have left Afghanistan since mid-August. That’s not counting the 2.6 million refugees already scattered around the world.

The inhabitants of Afghan provinces are already suffering from impending famine. The situation is exacerbated not only by the change of power, but also by the severe drought that has devastated wheat fields in recent years.

According to estimates of the UN World Food Program, the number of Afghanistan’s residents who may soon face starvation has now reached 14 million. According to the World Bank, almost 39 million people live in the country. That is, in fact, every third inhabitant will suffer from hunger. According to the UN, half of all Afghan children under the age of five already face acute malnutrition.

According to WFP officials, food destined for Afghans will start running out this month, and the number of people who will need humanitarian assistance will double. The WFP is hoping that the United States, along with Qatar and other Gulf states, will help the country. What remains unclear, however, is through what channels Afghanistan will continue to receive humanitarian aid, which was also handled by Americans.

In addition, the severity of the situation is complicated by the coronavirus pandemic. According to the representative of the World Health Organization in Afghanistan, the number of tests for coronavirus in the country has dropped dramatically. According to The Washington Post, the vaccination rate has dropped by 80 percent. This is despite the fact that only 2% of the population have received the vaccine. Earlier, doctors reported that in some provinces the Taliban were forbidding people to be vaccinated.

In June and July the country experienced its worst spike in infections. A total of more than 150,000 cases of the coronavirus and more than 7,000 related deaths have been recorded in Afghanistan since the pandemic began. At present, the new authorities are paying little or no attention to the issue.