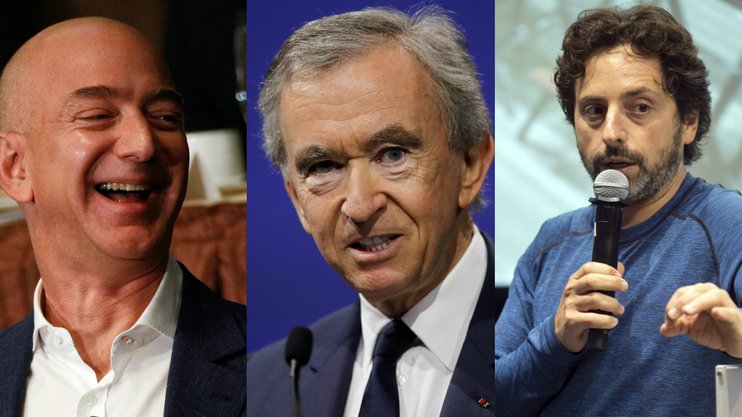 The combined net worth of the 500 richest people decreased by 2.1%, or $117 billion, according to Bloomberg Billionaires Index.

21 people from the Bloomberg Billionaires Index lost $ 1 billion or more as investors responded to increased tensions between the US and China.

Founder of Amazon.com Inc., Jeff Bezos lost the most – $ 3.4 billion amid falling Amazon quotes. Shares of the online retailer fell at daytime trading on Monday, leading to the longest series of Amazon stock price declines in 13 years.

The current series of falls is the largest since the nine-day interval in July 2006. Between them were two seven-day falling quotes, ending in January 2016 and December 2006.

Among the most significant reasons for the fall in share prices are weak financial indicators and problems from regulatory authorities. Jeff Bezos sold the company $2.8 billion in shares last week after announcing plans to sell the company’s shares annually to finance Blue Origin. In the last three days of July, Bezos sold shares for about $1.8 billion, on August 1 and 2 – for a total of another $990 million.

But Bezos is still the richest man on the planet with a fortune of $110 billion.

Other factors have also affected the wealth of the world’s richest people. Thus, the Hong Kong elite suffered from nine-week protests, which not only affected the movement along the streets of the financial center, but also put pressure on the stock.

The fortune of the 10 richest tycoons who receive their income from companies listed on the Hong Kong stock exchange since July 23 has fallen by $19 billion.

But even after the current losses, the 500 people in the Bloomberg Billionaires Index control almost $5.4 trillion, an 11% increase over the beginning of the year.