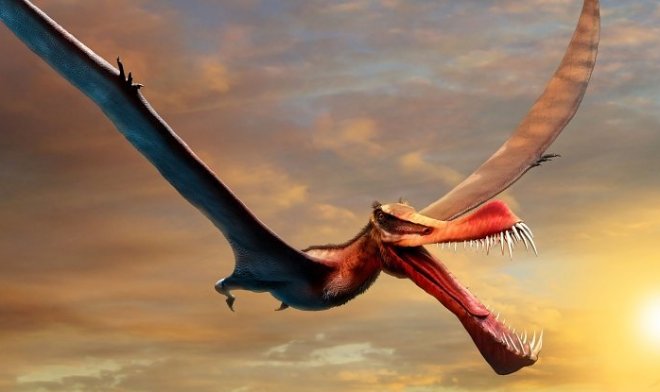 The remains of a "flying dragon", 110 million years old, were found in Australia

Scientists at the University of Queensland have discovered a new species of pterosaur named Thapunngaka shawi. This is derived from the name of the discoverer, Len Shawi, and a phrase from the Vanamara dialect which means “mouth and spear. This is a fairly accurate description of the creature, which had a skull one meter long and wings about 7 meters wide.

Because pterosaurs were adapted to flight, their bones were mostly hollow, like those of birds – making them very poorly preserved. In addition, the Australian region is poor in pterosaur remains – less than two dozen specimens have been found here, unlike other dinosaurs. In the case of Tapunnaka shawi, scientists had only a fragment of the lower jaw, and the rest had to be reproduced from generalized data on pterosaurs. 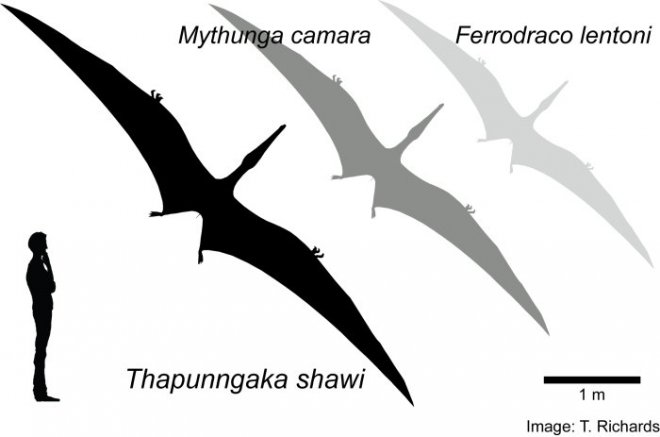 The bony crest, a characteristic feature of the Anganger group of pterosaurs, has attracted the most attention of paleontologists. Such a jaw structure gives the Tapunghak shawi a terrifying appearance, making it look like dragons.

From a practical point of view, this must have given it aerodynamic advantages in flying over water and catching fish on the fly, but the question remains open. If the calculations are correct, the Tapunngaka shawi would be the third-largest angelfish pterosaur in the world.