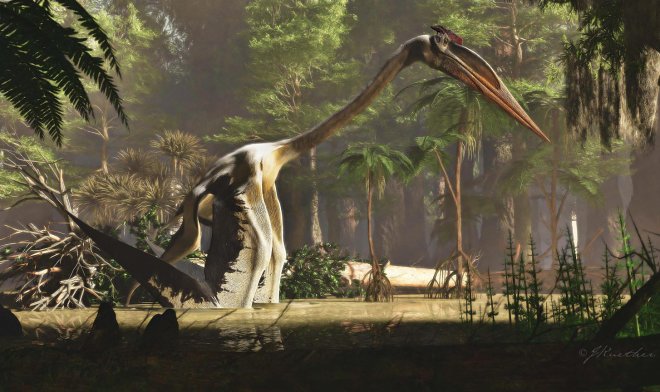 The American Paleontological Society released at the end of 2021 the most comprehensive study of the pterosaur Quetzalcoatl, thought to be the largest creature ever to fly in the Earth’s skies. Despite the presence in many museums of giant stuffed animals with wingspans up to 13 meters, the real appearance of the giant pterosaur is still unknown to science. But this did not prevent scientists to make important conclusions from circumstantial data and understand that this flying monster did not like to fly at all.

The ability of Quetzalcoatl to fly is based on its powerful pectoral bones, to which were attached muscles of appropriate size, but a complete wing skeleton has not yet been found. But there is an abundance of skeletons of smaller pterosaurs, which allowed the reconstruction of the structure of the Quetzalcoatl body. It quickly became clear that such a huge creature could not simply rise into the air with its wings, nor could a heavy pterosaur take a run for it. 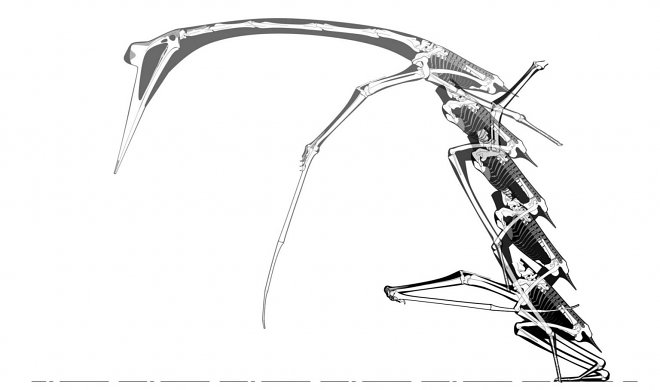 The most probable version is that the pterosaur made a high jump of 2-3 meters, as if shooting its body into the air, where it spread its huge wings. The method is energy-consuming and unsafe, so Quetzalcoatl spent much more time on the ground than in flight. More precisely, in shallow waters and on the outskirts of ancient marshes, where his remains can be found.

American scientists compare the lifestyle of Quetzalcoatl with modern herons – large birds mostly stand motionless in an ambush, to grab with its powerful beak and swallow any critter that happened to be nearby. The pterosaur could feed on anything that lived in the water, and its beak was adapted to sift through the silt and prey on mollusks and crustaceans. On the contrary, this monster was hardly capable of catching its prey in flight or of diving at it from a height, like in Hollywood blockbusters. The Quetzalcoatlian flew only when absolutely necessary.