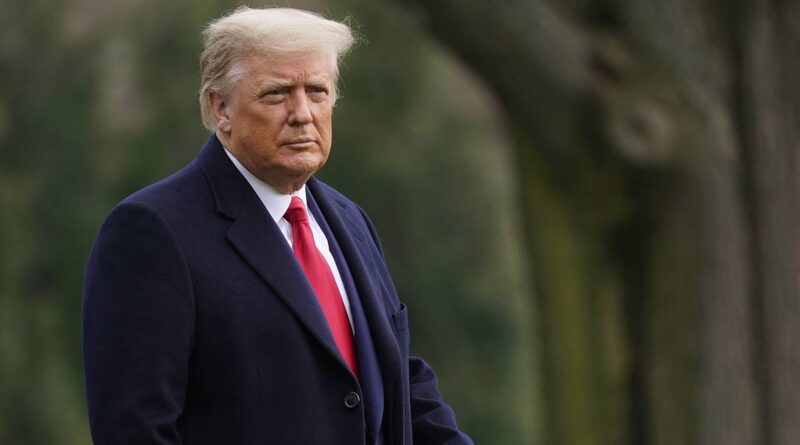 The FBI has been asked to launch an investigation against Trump

Democratic Congressmen Ted Lew and Kathleen Rice sent a letter to the head of the Federal Reserve Christopher Wray with a request to launch a criminal investigation against the current President Donald Trump after the publication of his conversation with the Secretary of State of Georgia Brad Raffensperger. Lew wrote on Twitter.

Earlier, The Washington Post reported that it had at its disposal a recording of a conversation between Trump and Raffensperger. According to the newspaper, the American leader asked the Secretary of State to recount the votes in the election in his favor. Trump reportedly said he wants to “find” the 11,780 votes needed to win Georgia. According to the transcript of the conversation, Trump alternately flatters Raffensperger, talks about violations and sharply criticizes him. In at least one case, the president’s words sound like a threat: he talks about the possibility of criminal prosecution.

“As members of Congress and past prosecutors, we believe that Donald Trump was implicated in inciting or conspiring to commit a number of electoral crimes,” he said. We ask you to immediately launch a criminal investigation against the president, ” the letter says.

The congressmen cited specific provisions from American legislation, accompanied by excerpts from a telephone conversation that are intended to testify to violations.

According to the results of the electoral vote, Democrat Joe Biden received 306 votes against 232 for Republican Trump, who has not yet admitted defeat. Formal approval of the voting results will take place on January 6. The next head of state will be sworn in on January 20. Eleven Republican senators have said they will challenge Biden’s victory, and objections are expected in the House of Representatives.

Earlier, the US Supreme Court rejected a lawsuit by Texas Attorney General Ken Paxton demanding that the results of the elections in Pennsylvania, Georgia, Wisconsin and Michigan, where Biden won, be declared invalid. As stated in the lawsuit, the vote there was held in violation of the Constitution, because their authorities illegally changed the electoral legislation under the pretext of the coronavirus pandemic.