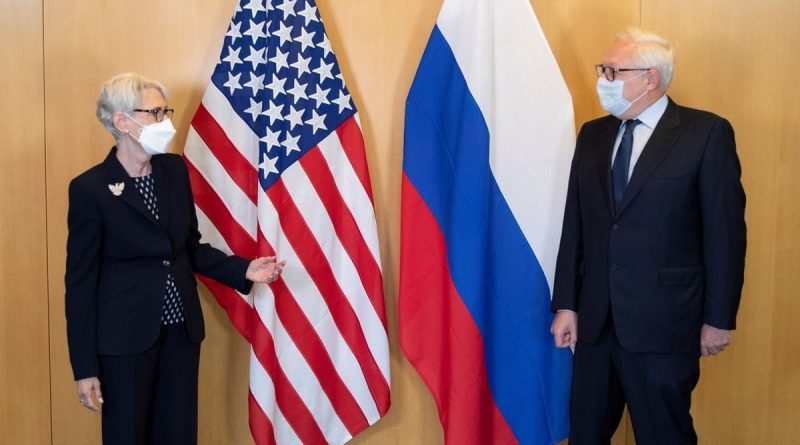 Talks between Russia and the U.S. on security guarantees began in Geneva

U.S.-Russian consultations on security guarantees began in Geneva. There is no timeframe for the talks, so it is possible that the sides will take breaks today. Wendy Sherman said she was ready to discuss U.S.-Russian relations, but emphasized that the U.S. would not discuss European security without the participation of European partners

Deputy Secretary of State Wendy Sherman met today in Geneva with Russian Deputy Foreign Minister Sergei Ryabkov. The Foreign Ministry said in a statement that Lieutenant General James Minges, director of the Operations Division of the Joint Chiefs of Staff, and Colonel General Alexander Fomin, Russian Deputy Defense Minister, participated in the meeting on the American side.

Wendy Sherman emphasized the United States’ commitment to the international principles of sovereignty, territorial integrity and freedom of sovereign states when selecting alliances. The U.S. would welcome genuine progress achieved through diplomacy.

She explained that the U.S. is willing to discuss certain problems of bilateral relations with Russia within the framework of the Strategic Stability Dialogue, but will not discuss European security issues without the participation of European allies and partners. Some issues will be discussed at the NATO-Russia Council meeting in Brussels on January 12 and at the OSCE Permanent Council meeting in Vienna on January 13.